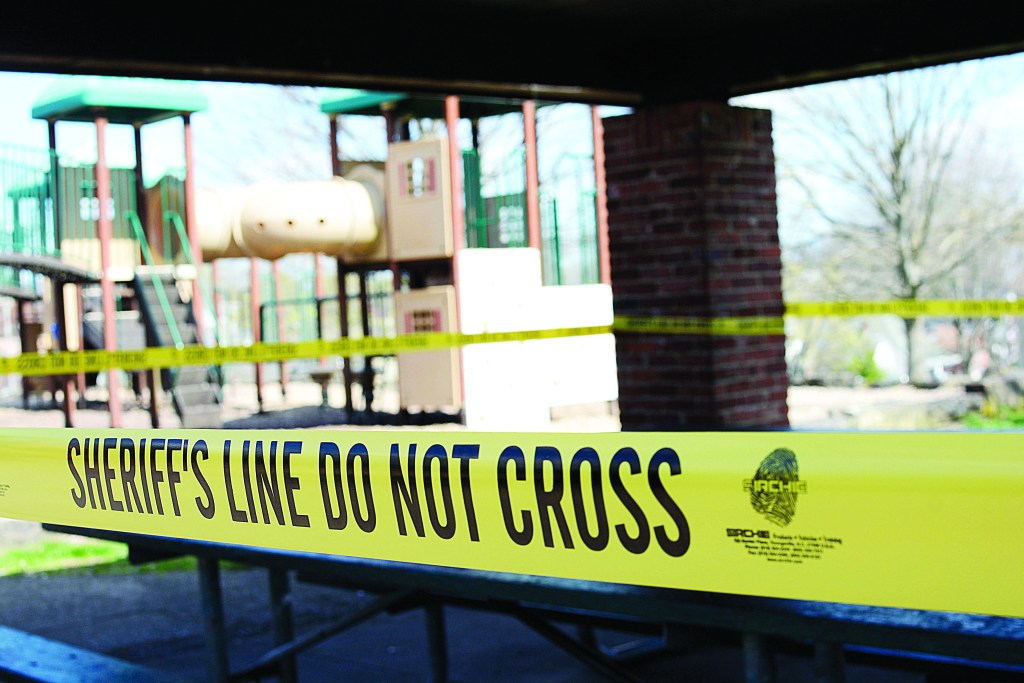 City-county parks were all but closed down for four months last year, which deprived the Parks and Recreation program of much-needed revenue. (Photo by Randy Patrick)

COVID-19 all but closed public parks for a good part of the past year and curtailed classes and other activities that make money for the Winchester-Clark County Parks and Recreation program.

During the Winchester Board of Commissioners meeting Tuesday, City Manager Mike Flynn brought it to city officials’ attention that the program has suffered financial losses in the past year because of the coronavirus pandemic, and therefore has a budget shortfall.

Director Jeff Lewis and his board have requested that the city and county come up with $38,748 to cover the shortfall. The city’s part would be $19,374.

“This is money from the general fund. It is not … COVID money” that the city would be spending, Flynn clarified.

Knowing what the needs are, Flynn said, he recommended that the city provide the money.

“I do know that the revenues are way down,” Flynn said, and “they’ve basically cut everything that could be cut in order to make it through this time and to just be able to meet payroll.”

“I think it would be a good use of funds” and would help the department continue to operate, he said.

Commissioner Shannon Cox said there are some costs that just can’t be cut. They can’t get rid of pool attendants or not pay for ventilation, he said.

“They have done remarkably well,” Cox said. He mentioned that Lewis mows the grass and every employee mops.

“They were basically shut down for four months,” he noted. “That’s a lot of revenue.”

Burtner said that if the city gives the money it should round up the number. Commissioners Ramsey Flynn and Jo Ellen Reed responded with a motion to make the city’s contribution $20,000, and it passed unanimously.

Commissioner Kitty Strode suggested that the county also give $20,000.

State Sen. Ralph Alvarado, R-Winchester, has requested to speak at the beginning of the next meeting of the city commission, on April 20, to talk about this year’s legislative session, and one of the things he may talk about is the $250,000 grant the city and county have been awarded by the state from the federal Land and Water Conservation Fund to apply to construction of a splash park on the site of the old Eugene Gay swimming pool at Community Park.

The mayor said the city had received official notification this week from the state that the grant has been awarded.

However, it is a 50/50 matching grant, meaning the city and county together will have to come up with half the cost.

And although they have had the money budgeted in years past, thinking they might get the grant, they didn’t put the money in the budget this year.

Parks and Recreation Director Jeff Lewis has said that local governments will reach out to businesses for private donations.

One of the positive things that happened earlier Tuesday, Burtner said, is that one of the schools in town had offered to help raise funds for the project. “That’s very encouraging,” he said. “So we’ve got some work to do, and we’ll need to place that on the April  20 agenda for consideration.”