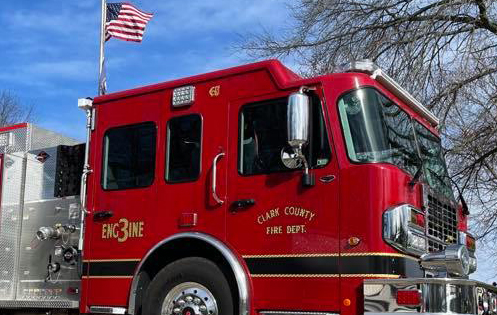 • The Clark County Sheriff’s Office got a report of an assault that occurred at 516 Treehaven Drive on April 1. Teresa Smith said another woman who lives at the address forced a door open, knocking her to the floor and injury her back.

• On April 2, the Sheriff’s Office got a report of someone driving under the influence of an intoxicant. The person was driving on U.S. 60 near the Fayette County line when he ran into a ditch. The woman said her blood sugar was low, and she kept falling asleep.

• The Sheriff’s Office got a theft report April 6 about an unknown person digging up tulips at 2540 Muddy Creek Road.

• On April 6, the office got a report from Steve Jeffrey of 200 Wexford Drive, said a juvenile brought him a $1,400 stimulus check found in the street and asked if he had lost it. It was for Jasmine Arthur of 3891 Killarney Drive. An officer tried to make contact with Arthur but was unable, and the check was put into evidence for safekeeping.

• Deputies received a report of a fourth-degree assault on Robyn Drive April 1 involving a father, mother and son. The father intervened after the son threw an ash tray at the mother and was injured in a fight.

• County Fire rsponded to an injury accident in the 800 block of Donaldson Road April 5.

• On Tuesday, April 6, firefighters investigated a report of smoke in the 1600 block of Clintonville Road.

• At 10 a.m. on April 7, firefighters investigated a report of smoke at the 91 mile marker in the westbound lane of I-64.

• Firefighters responded to an injury accident at the corner of Irvine Road and Lakewood Road on April 7 at 10:30 a.m.

• On April 7 at 10:30 a.m., firefighters provided an ambulance service assist in the 300 block of Browning Road.

• On April 7 at 5:07 p.m., county firefighters provided an ambulance service assist in the 200 block of Glenway Road.