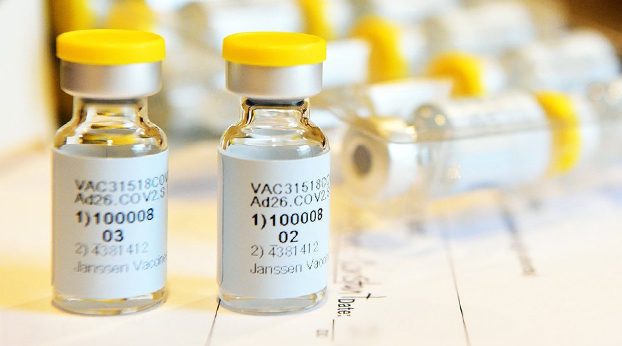 The Johnson & Johnson vaccine has been paused in Kentucky.

Gov. Andy Beshear announced Tuesday that Kentucky is pausing use of the Johnson & Johnson COVID-19 vaccine as recommended by the CDC and FDA, due to concerns over a rare form of blood clots.

During a press briefing, the governor said there have been 6.8 million doses of the Johnson & Johnson vaccine given in the United States, and six women, all of whom were 18-48, developed the blood clots one to two weeks after the injection. The governor said one of the six has died.

“We are agreeing to that pause, as is to my understanding, every other state across the nation,” he said. “We should expect this pause to be days to possibly a week, but that it is likely not to be longer than that, and they believe that they will find the Johnson & Johnson vaccine to be safe to administer in the future.”

The governor said the pause is for two reasons: to find out how many cases are truly out there, and the importance of educating medical providers on the appropriate treatment for the clots since it is different from the normal treatment for blood clots.

While it isn’t good news, Beshear said it is not crippling to vaccination efforts.

“Kentucky has received very little Johnson & Johnson, as has the country, in terms of vaccination programs,” he said. “It has mainly been used in Kentucky with independent pharmacies, in our correctional institutions to reach difficult to reach populations, and some other areas across the state, in our regular programs. To my knowledge, we have not seen any side effects like the clotting in Kentucky.”

The governor noted, “Kentucky, right now, has lots of Pfizer and Moderna vaccine, meaning everybody out there who has a J&J appointment in the next couple days, is going to have to cancel, can sign up in their area, and should be able to get in even this week for their first dose of Pfizer or Moderna.”

Still, he urged everyone to get vaccinated, since the risk of the side effects is very small, even with the Johnson & Johnson vaccine, compared to the risk of dying from COVID-19 and predicted that its use will resume soon. “Meanwhile, you have two incredible vaccines out there that can help us defeat this virus.”

Since Johnson & Johnson is only five percent of the vaccine available in Kentucky, Beshear said it shouldn’t interfere with the timetable of reaching the goal of 2.5 million Kentuckians receiving at least their first shot, which is when he will lift restrictions on restaurants, bars, and venues that hold up to 1,000 people, a challenge he announced on Monday.

He estimated it would take six weeks or less to reach that goal.