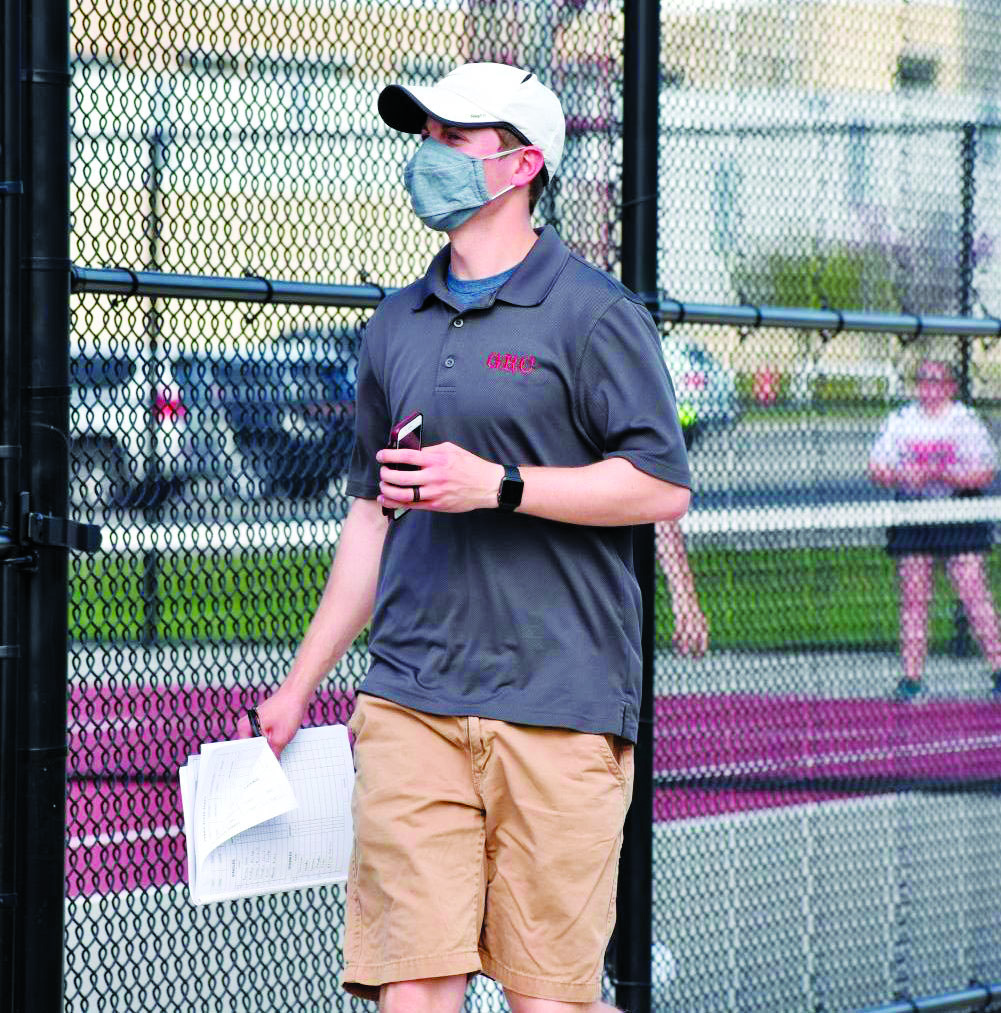 A new era in coaching has now arrived.

Seth Heinss is more than just a math teacher; he is the new tennis coach.

Heinss started playing tennis at the age of 9, eventually playing for Corbin High School, then later for Asbury University.

“I love the game and have very fond memories of playing,” says Heinss. “The tennis court is one of my favorite places to be.”

With many years of playing comes altitudes of knowledge.

Although he has never coached a high school team, Heinss has had other teaching opportunities.

“I have spent many summers coaching groups of players and teaching private lessons,” Heinss says.

Heinss has high aspirations for each player this season. “I want my players to be able to look back on this season and see a marked difference in their tennis abilities,” he says, “and hopefully develop a love of the game that carries on well past the season.”

The tennis team has a few returning regional experienced players.

For the girls, Lakyn Griffith and Kamryn Richardson are currently number one and two singles, and Sydney Ely and Barbara Sheehan are the number one team for doubles.

“This year,” Heinss says, “one of my goals for the team is for all my players to enjoy tennis and have improvement in their game.”

As far as COVID-19 protocols for the season, Heinss said, “Not much has changed. Players are naturally socially distanced because of the format of the game. We have plenty of room for spectators and players to distance themselves. We are happy for the chance to have to a full season.”

With new leadership and a new facility, it’s a good year to be a GRC Cardinal tennis player.