Board does not renew Christy’s contract 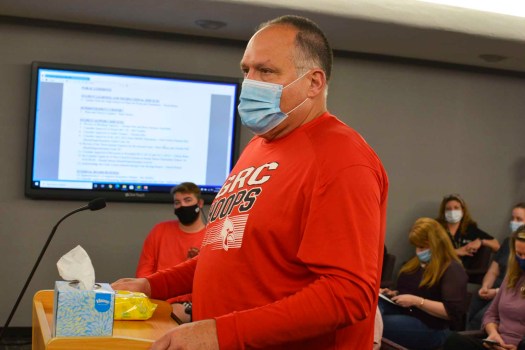 Mike Rogers was one of several people at the school board meeting who spoke in favor of extending Paul Christy's contract as superintendent. (Photo by Randy Patrick) 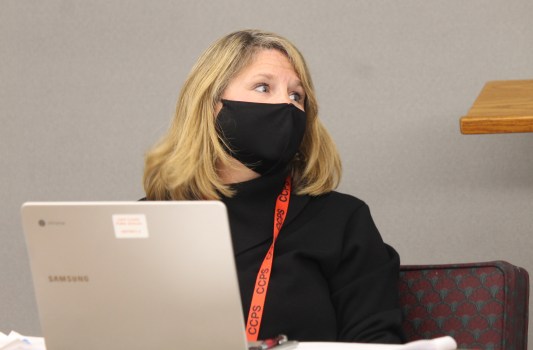 Sherry Richardson made the motion to not renew Superintendent Paul Christy's contract, which passed by a vote of 3-2. (Photo by Randy Patrick) 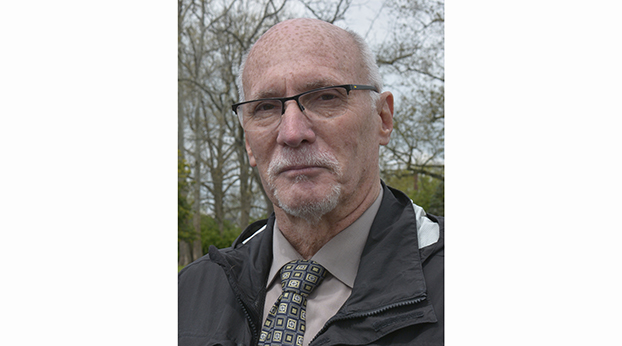 Board does not renew Christy’s contract

Superintendent Paul Christy will not be leading Clark County Public Schools after this school year.

Monday night the Board of Education voted 3-2 for “nonrenewal” of his contract for next year.

The two new board members, Brenda Considine and Megan Hendricks, voted with Sherry Richardson, who made the motion, to effectively dismiss Christy at the end of June. The chair, Ashley Ritchie, and vice chair, Bill Taulbee, voted against the motion.

When asked after the meeting, Richardson would not say why she made the motion.

Hendricks left the room as soon as the meeting adjourned.

Some current and former board members had taken issue with Christy for keeping Clark County’s schools virtual during the coronavirus pandemic after some other school districts had returned to in-person learning, and that was one of the criticisms cited on his evaluation report. But Considine said was not a factor for her. Rather, it was various other decisions she had observed in her 32 years in public education, she said.

“I used a lot of my background as a teacher, as a principal, as the chief academic officer of the district, to help guide my decisions,” she said.

Taulbee was the only board member who commented on the motion before the roll call.

“I think Mr. Christy has done a really effective job in unprecedented times,” he said, and noted that several members of the audience Monday night had commended his leadership.

Taulbee said he had not always agreed with the superintendent, but Christy had always tried to accommodate everyone. “I wouldn’t want his job,” he said.

“I just want to say I appreciate Mr. Christy and everything he has done.”

Because Ritchie was out of town and couldn’t participate in the evaluation, which occurred in closed session on April 12, Taulbee chaired that meeting and had the responsibility of reading the evaluation summary report aloud during the April 19 meeting.

The superintendent was graded on seven standards of performance. In only two areas, cultural leadership and managerial leadership, did the board find that Christy met the standard. In the other five areas, he was said to be “developing.” Those were” strategic leadership, instructional leadership, human resource leadership, collaborative leadership, and influential leadership.

In the last category, there was the comment that Clark County was one of the last counties in Kentucky to return to in-person learning. “Mr. Christy did not make education a top priority as other counties did. We should never make education an option as we did last year.”

Remarks on the evaluation alternated between commendation and criticism.

For example, under the strategic leadership section was the comment that Christy showed “minimal to poor communication” on the district’s plan during the coronavirus pandemic, yet in the next comment in the same section, he “showed tremendous leadership, open-mindedness and empathy for the students, parents and staff.”

Under instructional leadership was the comment: “Financial decisions appear to be more focused on facilities, security and athletics rather than academics.” But that was followed by the observation that Christy made sure teachers were well-trained on Google Classroom in order to provide “the most effective learning environment possible.”

During the public comment period at the beginning of the meeting, several citizens spoke in Christy’s favor, and none urged that he not be rehired.

“He has been excellent through the COVID pandemic,” said Latisha Fultz.

James Harrison, a school resource officer, said Christy had made Clark County schools some of the safest in the district and was ahead of the state requirements for school safety.

Brian Foudray, a George Rogers Clark High School teacher, recalled that huge majorities of teachers surveyed last year felt uncomfortable returning to the classrooms when infection rates were running high, and he felt that if the district hadn’t taken the actions it did, many more would have gotten sick.

“He is a good man, and I believe that he has done everything he could under the circumstances to keep our kids safe,” Jessica Dunphy said.

“No one has what we have,” Mike Rogers said, referencing the new new high school and its athletics facilities. “We are seeing the fruit of his leadership,” he added.

Even Christy’s wife, Sondra, took the mic, calling him “the best superintendent Clark County has ever had,” and suggesting that some might have personal reasons for opposing him.

Christy said the decision did not come as a surprise to him, because in February, a former board member had told him he had talked with three of the current members who told him they were going to vote against renewing his contract.

“I knew this was coming,” he said.

Without naming the member, Christy said one of those who voted against him had never had training on evaluations, ethics or finances, yet voted against renewal of the contract.

“She said, ‘I don’t know you. I don’t know anything you could have done any differently, to do it any better,’” he quoted, and added: “I have that in writing.”

“I’ve been in education for 30 years,” Christy said. “I’ve made the statement that I came in with KERA and I’m going out with COVID.”

“I know I can walk out of here with my held high,” Christy said, and he said he could sleep at night knowing that he did everything he could in the past year to keep students, staff and teachers safe and keep everyone in the district employed.

The past year had been a good one for the school district, he said, and he had enjoyed it.

And he was proud of his years as superintendent.

“We’re better than we were eight years ago,” he said.

The superintendent said that in his 30 years in public education, his “biggest disappointment … is seated at this board table in front of me right now, and that’s all I’ve got to say.”

Taulbee again expressed his appreciation and told Christy he looked forward to working with him for the remainder of his time in office.

“I would also like to remind board members that when we go into closed session, that is private conversation,” he said. “Information is not to be leaked out to different employees.”