Study finds rural users of electronic cigarettes are older, and often sicker, than their urban counterparts 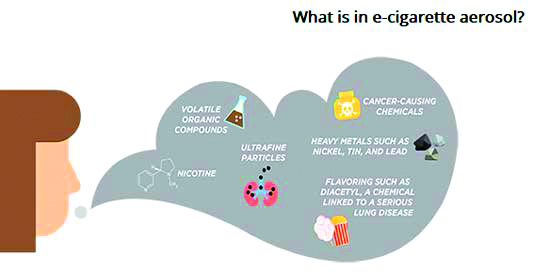 A new study out of West Virginia University says rural users of electronic cigarettes are older, and often get sicker, than their urban counterparts.

The study, published in Hospital Practice, looked at patients with lung injuries associated with e-cigarettes and vaping-associated lung injury, or EVALI, who were admitted to WVU hospitals from August 2019 to March 2020. It found that EVALI in rural Appalachia resulted in severe respiratory failure.

“One of the real lessons we learned is we can’t take data from urban centers and apply them to rural. We could be different, and we physicians need to treat the way that the science is showing in our areas.” Sunil Sharma, lead author of the study, said in a WVU press release.

The study found that compared to EVALI studies done in urban centers, the rural patients in the study were older, had a higher amount of illicit drug use, and were much sicker.

“The median age of patients in this study was 33, compared to 23 in a large national study. Thirteen patients had a history of cigarette smoking, while four were never smokers. Urine testing determined that nine patients were also consuming THC and another nine were positive for other illicit drugs. Seven of the patients consuming

THC required critical care, and four of the 17 had secondary infections of the lungs. Ten patients required mechanical or noninvasive ventilation while two required treatment with an extracorporeal membrane oxygenation machine, which pumps someone’s blood outside of their body, oxygenates it, and returns it to the body,” says the release.

The researchers also found higher levels of “volatile organic compounds” in the e-liquids provided by the three most severely ill patients, which include things like formaldehyde, acetaldehyde, acetone, propylene glycol, and cyclohexane.

“We were the first ones to show that there was a high correlation of volatile organic compounds, specifically in patients who were really sick,” said Sharma, who is section chief of pulmonary/critical care and sleep medicine in the WVU School of Medicine. “Inhaling all these volatile organic compounds into your lungs at high temperatures, producing these really toxic gaseous compounds, can cause chemical burns in your lungs.”

Despite the strong correlation between lung injury and volatile organic compounds, Sharma said there are many other factors that also determine how much e-cigs harm the lungs, like “the type of device or technique used to vape, the ratio of propylene glycol and vegetable glycol used as the e-liquid base, what flavors were added, the age of the patient and if the patient uses other drugs.”

The study indicates it may be time to target messages about the dangers of vaping to older people in rural areas, the release says, quoting Sharma: “All the effort has been directed toward high schoolers and young people, but maybe in rural areas, we should be having awareness campaigns for older populations.”