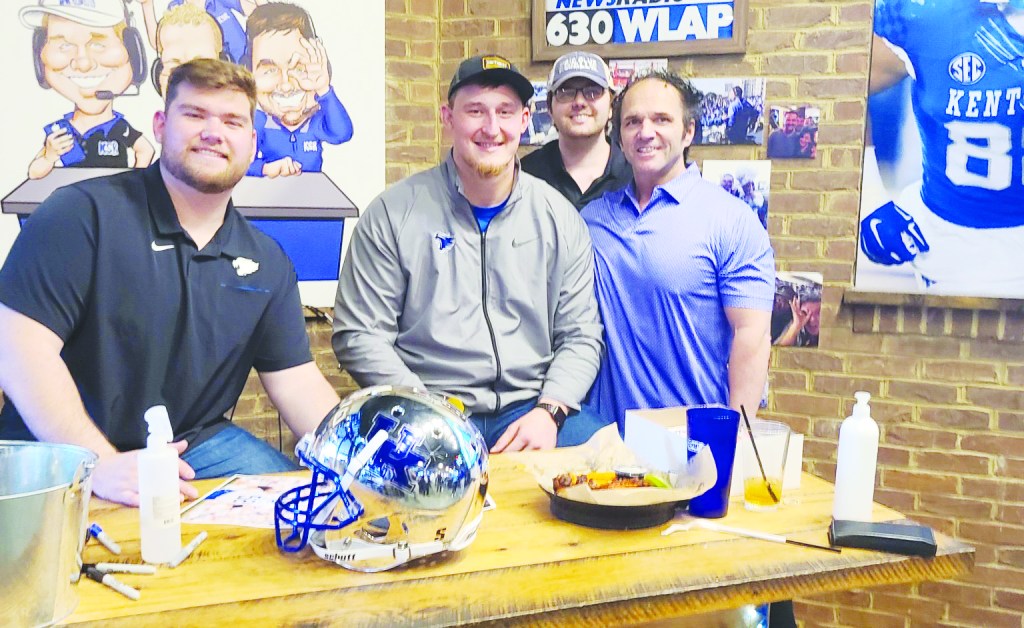 He’s done all he can to show NFL teams what he can do to go along with what they saw of him during his playing career at Kentucky going into this week’s NFL draft.

Offensive lineman Landon  Young believes he will be picked in the seven-round draft  and knows he’s fortunate to be in the position he is no matter what happens with the draft.

“The Lord has blessed me with this opportunity and blessed me with ability and I am thankful for that,” said Young. “Even if I am an undrafted free agent, I will still get the chance to fight for a roster spot and be one of 2,000 people in the world to get a chance to do that.”

He spent about three months in Arizona training as soon as UK’s season ended. That was longer than Young initially planned to stay but when the NFL Combine got canceled due to COVID, he stayed to work out twice a day lifting and running, study film and do offensive line drills.

“My weight is at 315 (pounds) right now, which is about where they (NFL personnel) like to see me,” Young said. “They see me as a guy who could possibly play four different positions (both guards and tackles) and I am wiling to do that. I told them to give me a year and I would learn to play center.

“The more versatile you are, the more marketable you are than if you specialize in just one position. So I am willing and able to play any position I am needed.”

Young knew NFL teams had questions about his athleticism before UK’s Pro Day because UK’s run-oriented attack focused on the inside zone run.

“They didn’t question my physicality because we were running the ball down teams’ throats and they knew I could make holes (for running backs) but the questions were what I could do in pass sets. Could I get out to the flat and block a guy more athletic than me,” Young said.

“I think at our Pro Day I showed I can move and I am an athletic guy who can move his feet well. Interest (from NFL teams) bumped up after Pro Day when they have tangible proof of what I could do. I have had lots of calls from NFL scouts, assistant line coaches and mores.”

Young knows some players consider the continuous draft process monotonous as teams check on players. Not him.

“You have to make the most out of it. You have one chance to do this and why not make the most of it,” he said. “You have no clue where you will go or when in the draft. So me, I am just a big open book trying to give teams all the information they want and need.”

Young knows some NFL teams genuinely are interested in players they interview. Some do not show their true interest and may avoid interviewing players they really want and interview others instead to avoid showing their true draft day interests.

“It’s just different with every team in the league. I have heard a lot of stories,” Young said.

Former Wildcat Za’Darius Smith, now a star linebacker for the Green Bay Packer, was in Arizona working out when Young was there. He said Smith and others told him they never talked or had one call from teams that drafted them.

Young and teammate Drake Jackson spent last weekend talking to a lot of fans as they did two autograph signings.

“With this crazy year we were not able to get down and talk to fans and answer questions from kids like we normally do,” Young said. “That was a chance to give back, see fans and talk to them. We just wanted to say thanks and let fans know their support did not go unnoticed. We wanted a chance to thank them for all they did for us and our whole 2016 (signing) class the last five years.”