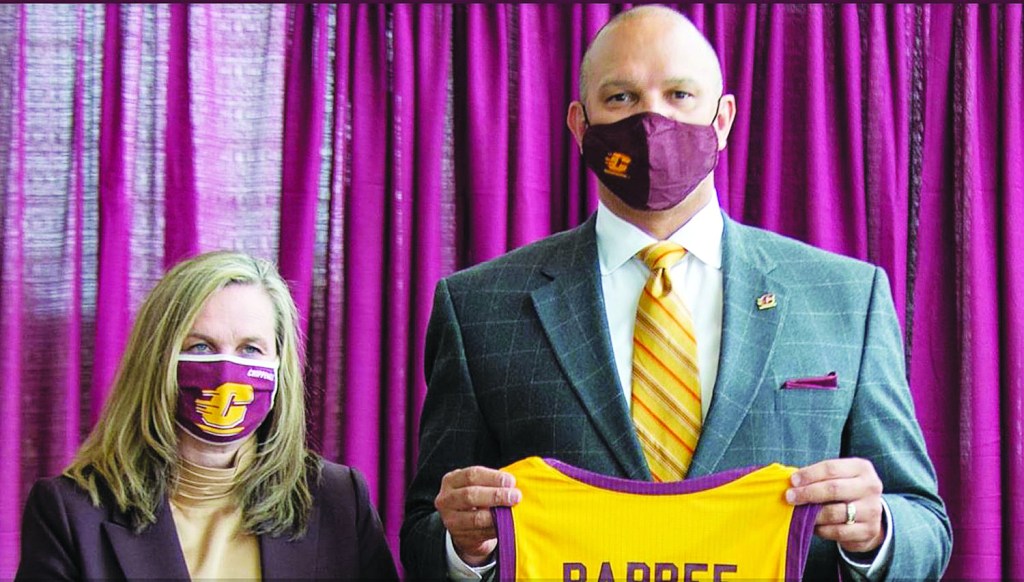 Longtime assistant coach Tony Barbee was named coach at Central Michigan and Joel Justus joined Bobby Hurley’s staff at Arizona State. It will be Barbee’s third stint at leading a program. He also coached at Auburn and UTEP before spending the past seven seasons on Calipari’s staff at Kentucky. Barbee compiled a 131-127 record as a head coach at both schools.

“Tony is one of the best coaches I have ever coached with or against,” Calipari said. “He has an unbelievable basketball mind. The game plans that he put together for us, especially on defense, were second to none. I have known him since he was 15 and I know how much this game means to him. He is my brother and always will be. I expect big things to happen for Central Michigan and their players under Tony’s leadership. He is ready for this and I look forward to watching his success.”

The opportunity to coach at Kentucky, Barbee said, was a “dream come true.”

“From the moment I first put on that jersey as a player at UMass through my time at Memphis and most recently at Kentucky as an assistant, Coach Cal has been a mentor to me,” Barbee said. “I have learned so much from him, and the players-first approach that we have instilled at every place we have been together will carry on with me at Central Michigan. I want to thank Mitch Barnhart for giving me the opportunity to work and grow as a coach. I will always cherish the incredible friends and memories we built over the last seven sessions. I enjoyed every second of it.”

Barbee is looking forward to taking the Chippewas to the next level.

“Nobody’s expectations will be higher than mine on where this program will go,” he said. “There will be a set of standards that I’ll set within the program that players (and) my staff will live by on a day-to-day basis. I’ve always said that coaches can win games, but it takes a community of people and an administration that are fully invested to win a championship.”

He added that his teams will play “a tough, hard-nosed, physical brand of basketball” beginning next season.

“It’ll be defense first, which will turn into a fast-paced and analytics-based, common-sense approach offensively built around the personnel that we have,” he said. “Being able to take a program and mold it and shape it into your identity, that’s what I’m looking forward to.”

Kentucky officially posted a pair of openings on Monday, which included a full-time position that would deal with on-court coaching and off-campus recruiting, a position held by Justus. The other vacancy includes duties previously held by Barbee, which involves on-campus recruiting and planning for games, scouting and other duties assigned by Calipari.

The deadline for application is May 3.

Goestenkors previously coached at Duke, guiding the Blue Devils to four Final Fours and a pair of national championship games during her stint in Durham, going 396-99 from 1992-2007. She also coached at Texas and is a member of the Women’s Basketball Hall of Fame.

“Gail will bring a winning pedigree to Lexington as a proven coach collegiately, professionally and on the international stage with USA Basketball,” Elzy said. “I love Gail’s passion for the game of basketball. When you combine that with her desire and track record of developing players, I know she is going to be a dynamic addition to our staff.”