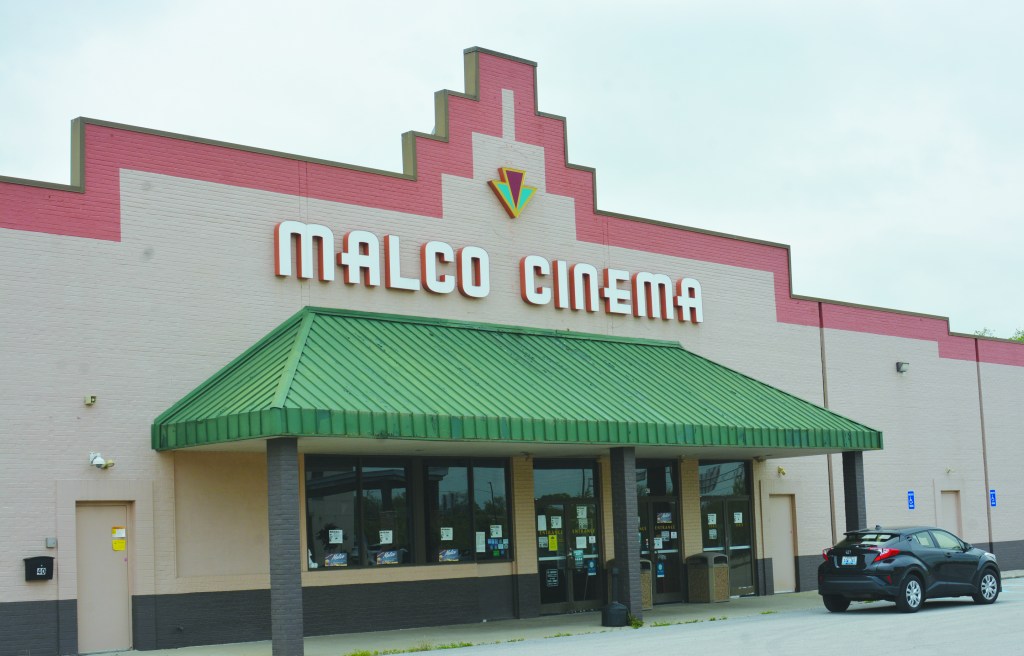 Winchester’s only movie theater went dark last spring when the COVID-19 pandemic resulted in a lockdown of most businesses, but the lights are going up again this weekend.

Malco Cinema in Winchester Plaza will open Friday at 3:30 p.m. with the first screening of movies at 4 p.m.

Lucas Peck, the cinema manager, has been the only employee for most of the time that theater has been closed, but he’s eager to see it filled with movie fans again.

“I’ve been here every day for the past year just doing some little projects, but it feels good to actually be prepping … and knowing that in the next couple of days, we’re going to be open to the public,” he said.

The cinema closed last year on March 17, St. Patrick’s Day, and reopened briefly in September with limited capacity, but many people weren’t yet ready to come back, and the movies available then weren’t sufficient to draw the crowds, Peck said.

He expects it to be different this time.

Many people now are fully vaccinated and feel more comfortable about being around others.

“No matter what you can watch at home or on your phone, you’re never going to get the experience of a theater” unless you’re there, he said. “People just crave the experience. I hope they come out strong, but if they come out slow, I think it will definitely pick up as time goes on and we get more and better movies.”

For opening day, they have some of the top movies available.

“This weekend we have ‘Godzilla vs. Kong,’ ‘Mortal Combat,’ ‘Separation,’ ‘The Courier,’ ‘Demon Slayer,’ ‘Tom and Jerry,’ and the new Disney movie, ‘Raya and the Last Dragon,’” Peck said.

“Godzilla vs. Kong” and “Mortal Kombat” have both done quite well at other theaters, he added.

He said he hopes that by summer when kids are out of school, they will be able to add weekdays as well.

“They are required to wear a mask anytime they’re not eating or drinking,” he said, including when they’re in the lobby or the restrooms.

And social distancing will be expected.

“We have every other row blocked off,” he said, and ushers will try to make sure families, other groups or individuals aren’t seated too close to others who aren’t with them.

Malco is one of the few theater chains in the country, or possibly the only one, he said, that doesn’t have reserved or stadium seating. People can come in and sit wherever they like, but they need to respect other people’s space.

Per state regulations, the cinema will be operating at 60 percent capacity for now.

The theater will be selling the same concessions it had before, including popcorn, soft drinks and candy.

Peck said that the employees who will be working at the theater are the same ones who were working there before the theater closed last year.

“We’d just like everybody to come out this weekend and support us,” Peck said. “We’ve been gone for a while, but we’re back now, and we’ve got some good movies this weekend, and they’re going to get better and better as summer goes on.”