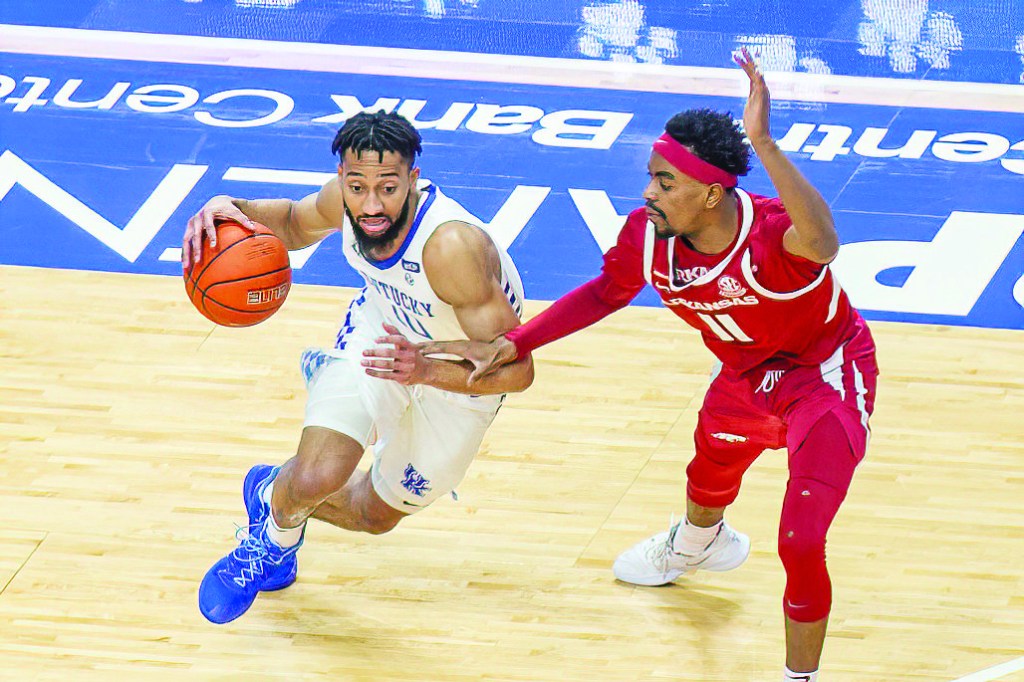 Davion Mintz declared for the NBA Draft, but is leaving his options open for a possible return to Kentucky next season.

Following two months of “reflection and personal evaluation,” Mintz decided to explore his future options beyond playing a possible second season with the Wildcats. Under current NCAA rules, Mintz can sign with an agent certified by the NCAA, while receiving feedback from the professional ranks before making a final determination on his future.

“I have spent a lot of time reflecting on this past season at Kentucky, a truly unique and unforgettable experience, while also trying to figure out what the next step is for me and my career,” he said. “My ultimate dream has always been to play at the professional level.  I believe at some point, whether that is now or down the road, that is where I will be.”

“From his leadership to his shooting to how much he improved over the course of the season,” Kentucky coach John Calipari said. “I really enjoyed coaching Davion this last season. I really believe if our team had been better and got into the NCAA Tournament somehow, his path would be clearer. As I told his mom and dad, he is a young man I could coach for 10 years. Whatever he ultimately decides, he has a bright future ahead of him.”

Calipari added that he’s  in “total support of Davion testing the waters to find out what his options are based on how he finished the year,”

“He is doing the right thing by taking his time with his decision, going through the workouts and evaluations, and really getting all the information out there that is afforded to him through the NBA Draft process,” Calipari said.

Mintz is the fifth player from to declare for the draft. Freshman guards Brandon Boston Jr. and the late Terrence Clarke renounced their eligibility and submitted their names for the draft. Senior forward Olivier Sarr will not use the extra season of COVID-19 eligibility and will pursue a professional career. Freshman forward Isaiah Jackson took a similar route as Mintz and has declared for the draft, but could return for a second season.

Last weekend, freshman point guard Nolan Hickman asked to be released from his letter-of-intent to play for the Wildcats next season. Hickmam was rated the No. 4 point guard in the current graduating class.