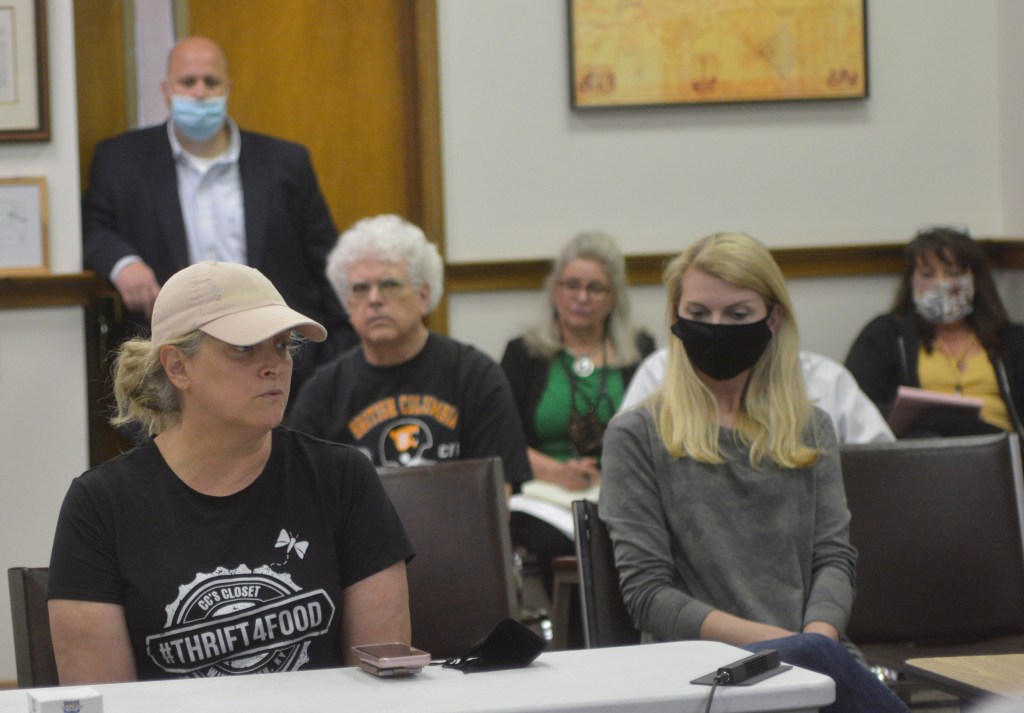 Debbie Fatkin, chair of the parks and rec board, talks about the need for improving some of the facilities of the city and county public parks. (Photo by Randy Patrick)

“I always say that we should dream big … and then come back to it and see if we can get the money.”

A group of elected officials are looking at their options for paying for improvements to city and county parks, including a possible lease agreement or bond issue through either the Kentucky Association of Counties or the Kentucky League of Cities.

Magistrate Daniel Konstantopoulas said Thursday the loan would be a better way of budgeting for parks and recreation needs and paying for upgrades to facilities in a more efficient and cost-effective way.

Konstantopoulas was present at a Winchester Board of Commissioners meeting Tuesday afternoon when two of its members, Shannon Cox and Ramsey Flynn, brought up the idea to see if there was any interest in it. The magistrate said he would also bring it up at the next meeting of the Clark County Fiscal Court on Wednesday, March 12, at 9:30 a.m.

Cox and Magistrate Robert Blanton, both members of the Winchester-Clark County Parks and Recreation Board, Flynn and Konstantopoulas, recently met to discuss the idea, and Debbie Fatkin, chair of the parks board, was asked to give an overview of it during the public comment period of the city commission meeting.

“Every year we ask for a little bit of money to try to get something done, and it’s going to take us forever” to do it that way, Fatkin said.

Some of the facilties have deteriorated over the years and are in poor shape, the needs are so great that it doesn’t make sense to “piecemeal it,” she said.

“I always say that we should dream big and keep the money out of it and then come back to it and see if we can get the money,” Fatkin said.

Cox said Parks and Recreation Director Jeff Lewis and others are in the process of putting together an inventory of capital assets for the parks so they can know what the needs are and come up with a plan to get the parks to where they need to be.

Among those assets are run-down tennis courts, basketball courts and picnic shelters.

“We have no idea what kind of money we are looking at,” Flynn said, but added that “we want to see if it’s feasible.”

“It comes up all the time: ‘How come we don’t have the parks that Montgomery County has? We don’t have what Woodford County has,” Cox said.

And one difference, he said, is that those communities have a restaurant tax with revenue dedicated to parks and recreation, but Winchester and Clark County can’t do that by state law, because of the size of their population.

Mayor Ed Burtner mentioned that the city has also received a $250,000 matching grant for a splash park at the old Eugene Gay swimming pool site, but the city and county together will have to come up with probably $300,000 more to do the project or lose the grant.

On a brighter note, the mayor mentioned that both the city and county governments have committed up to $50,000 each to match a grant for a $200,000 new playground at College Park. That facility is expected to be in use this summer.