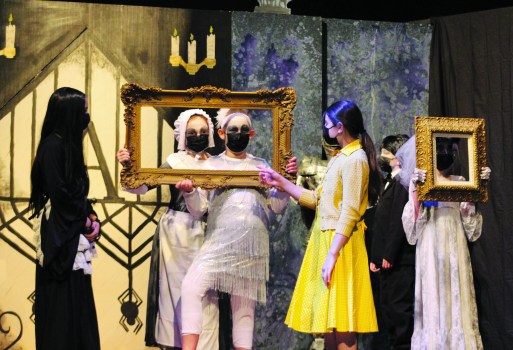 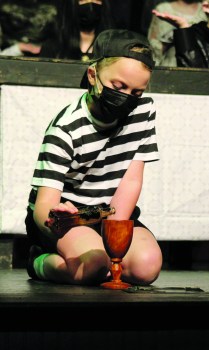 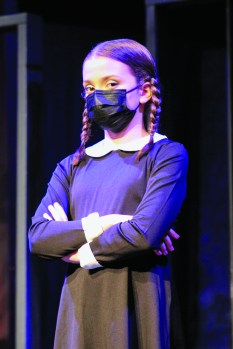 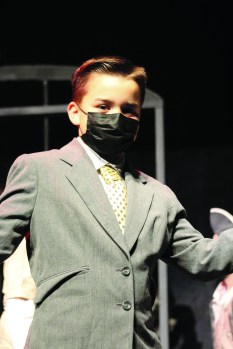 Mal Beineke (Elijah Craig) cuts loose in the song, "Crazier Than You." 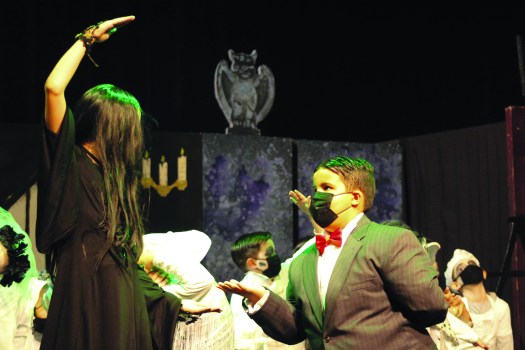 SPECIAL TO THE SUN

“No! It can’t be over already!” Elayna Swart exclaimed as director Collin Berner declared filming on the final scene finished.

She didn’t want it to end.

Elayna has been a part of Shearer Musical Theatre since kindergarten, and has now taken the stage for her last time under the SMT banner. She plays Morticia Addams, one of the leading roles in Shearer’s production of “The Addams Family younger@part.”

“Elayna, Pierce, and Elijah have all shown remarkable growth in their time in Shearer Musical Theatre. I am so incredibly proud of them,” Berner said of his longest-tenured actors.

Shearer Musical Theatre is in its eighth season. The program faced its most unique challenge yet due to COVID-19. The format will be different. Instead of a live performance in front of an audience, actors gathered on April 23 and 24 at Leeds Center for the Arts to film the production scene by scene. The show will stream this weekend, May 7-9.

“When we close a show, we’re used to answering the question, ‘What show are you doing next year?’ As COVID dragged on, we started hearing, ‘Will there even be a show?’” stage manager Veronica Brown reflected.

The crew took inspiration from fourth-graders Regan Baruth (Ancestor Bride) and Emily Howton (Uncle Fester). Both transferred from private schools in the 2020 fall semester for the opportunity to be in the program. Students transferring to Shearer to be in the program is not uncommon. It continued even during the height of COVID uncertainty. Between the enthusiasm of their newest families and the long-term dedication of their most experienced actors, Berner and Brown decided they needed to make a musical happen.

“When we got the green light from Central Office to move forward with the production, we were elated, and our students could not have been more excited,” Berner said. The production followed a winding path from virtual auditions and Google Meet rehearsals to finally being able to film on stage at Leeds. It was an experience they’re not likely to forget.

The Addams Family younger@part will stream starting at 7 p.m. on May 7-8, and 2 p.m. on May 9. StreamPasses are $10 each, and can be purchased at: http://shearermt.booktix.com/ All proceeds directly benefit Shearer Elementary School arts programs.