The one about lobsters 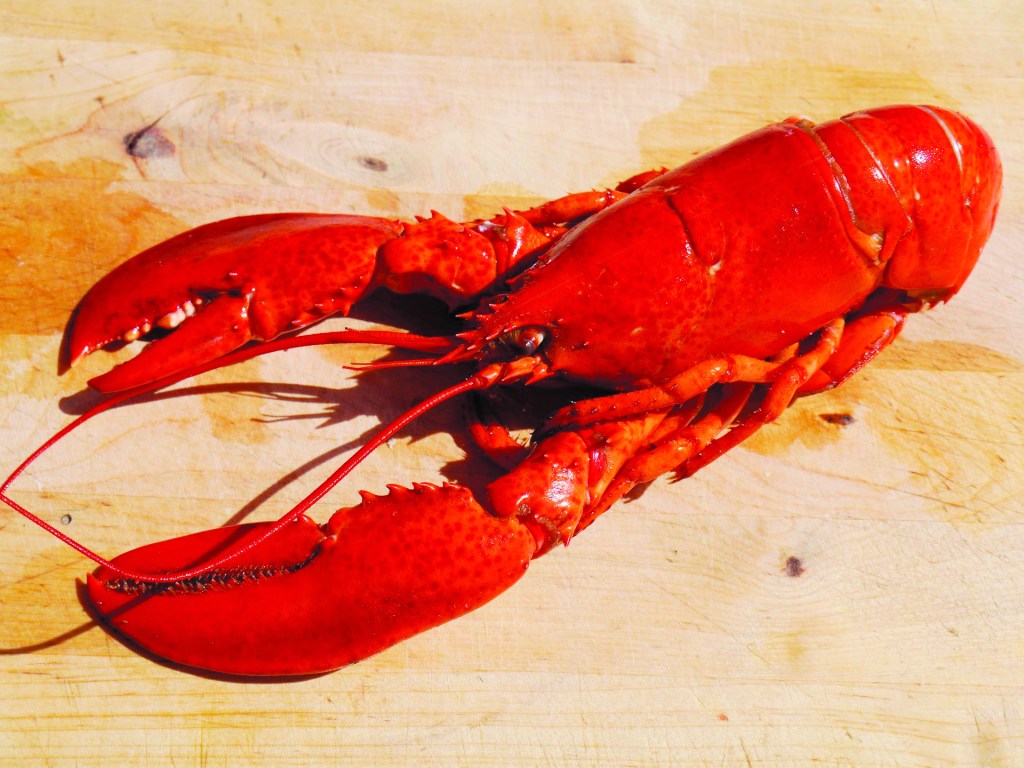 I recently found myself in an ER waiting room, that ninth circle of waiting hell. There was a television mounted in the corner showing an episode of “Friends” with the volume off. It was “The One With the Prom Video,” where Phoebe (Lisa Kudrow) explains that lobsters mate for life. The prom video reveals that Ross (David Schwimmer) has always been in love with Rachel (Jennifer Aniston). When Ross and Rachel finally kiss in this fan favorite episode, Phoebe claps and exclaims, “See? He’s her lobster!” I didn’t need closed-captioning to deliver the line perfectly, earning a grin from the woman sitting across the room from me.

“Yes, “ I answered. “Many times. The bummer is that the writers totally made that up. Lobsters don’t in fact mate for life. Actually, the males sleep around quite a bit. But the females win in the end. When lobsters mate, the eggs don’t get fertilized right away. The female carries the male’s sperm and chooses when to fertilize her eggs.”

She huffed in response, either angered by the thought of non-monogamous crustaceans or cheered by the fact that the females have autonomy over when to give birth. Or perhaps she was profoundly uninterested in the whole conversation.

I’ve been thinking about these incredibly interesting creatures ever since. Lobsters seemingly exist within the confines of a hard outer shell, unable to grow or change. But that permanence is an illusion.

Lobsters are masters of patience. Since it’s true that a lobster shell doesn’t grow, the crustacean periodically discards its shell in a process called molting. While the outside remains hard and unforgiving, the lobster hides out in its burrow and grows a softer, more flexible shell inside. When it’s time to transform, the lobster absorbs lots of water, causing the soft shell to expand, breaking up and pushing off its old, harder exterior. A typical lobster molts about 20 times in its life. If you’ve ever been to New England towards summer’s end, you know that you can easily crack the lobster claws with your bare hands. That’s because you’re eating a soft shell lobster, called a shedder, or one that’s transforming. Wondering how a lobster knows to molt? It starts to feel uncomfortable, itchy, and claustrophobic. When the pressure gets to be too much, the lobster discards its old shell and grows into something stronger.

I can totally relate. Between the political unrest, daily violence, an unstable economy, climate change, and the soaring death toll of COVID-19, there’s plenty of pressure to go around.

The word pressure comes from Old French, meaning anguish or torture, two words that aptly describe the emotional temperature of our last year. Consider how often we felt itchy and uncomfortable, stuck in the house and desperate to go somewhere — anywhere — that wasn’t the next room. The anguish we felt every time we picked up the phone and read about another mass shooting, the next wave of the virus, or the latest instance of police brutality. The torture of not knowing when this new normal might end.

I’m wondering if we might take a note from the lobster world, maybe look at this time of elevated pressure as a signal it’s time to grow? Could we look back on quarantine as that necessary hibernation period to propel us into a stronger, more resilient stage of life? Instead of running from the uncomfortable feelings or sensations, could we celebrate them as an appropriate step towards our bigger, better container? And in this way we become our own lobsters. See? I’m my lobster!