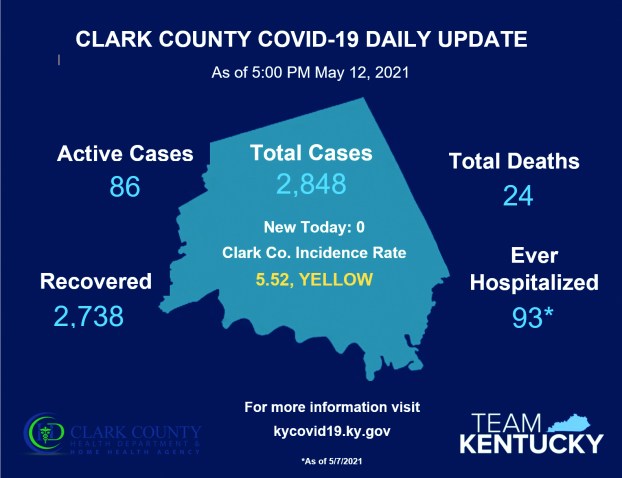 Wednesday was a good day for the Clark County Health Department.

The department’s daily update showed that there were no new infections reported Wednesday, and the incidence rate — the number of infections per 100,000 people — had fallen to 5.52, its lowest rate since Oct. 28, when it began issuing the daily reports.

That also places the county in the yellow category, the lowest other than green, which is for no infections. The only time before that Clark County was in the yellow zone was on March 31, when it was at 9.06. However, on April 1, it went back up to the orange, or accelerated spread category, and came close to entering the red, or critical zone, again within the past month.

Deadline Monday for taxpayers to file in Kentucky

The Kentucky Department of Revenue is reminding taxpayers that the 2020 state and federal individual income tax filing deadlines are... read more