The woman in the window is watching 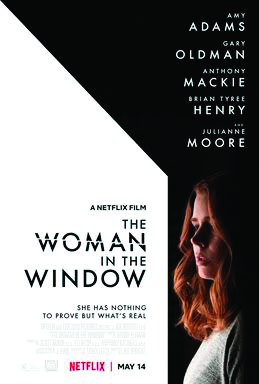 We live in a time where we are always on the verge of being watched, filmed and shared without our knowing.

The rise of the technological machines with cameras in everyone’s pocket, the masses worshiping the cult of social media, and Big Brother filming citizens from every stoplight or lamp post, we are definitely being watched.

With all of this instant media gratification in high demand, no matter how futile, the past 20 years has helped foster an age of voyeurism toward every aspect of our lives. Before everyone had a camera that could expose anyone’s mistakes, misfortunes, or successes, we had the nosy next-door neighbor. The nosy neighbor hasn’t gone away, they just have better equipment. Are you that nosy neighbor? Quarantine the past year may have helped you hone the skills of standing quietly, peeking out your blinds while taking a gander ast what is going on in your neighbor’s yard or holding a glass against a wall to hear your neighbors having an argument. Put down the binoculars and the Whisper 2000 as we take a peek at the psychological ocular thriller, “The Woman in the Window” (2021).

Dr. Anna Fox (Amy “American Hustle” Adams) is agoraphobic, a prisoner within herself and her New York City condo. Anna, already an anxious gal fearing the outside environment, passes the time by watching the lives and habits of the seemingly perfect Russell family Alistair (Gary “Bram Stoker’s Dracula” Oldman), Jane (Julianne “Hannibal” Moore), and Ethan (Fred “News of the World” Hechinger) from her window. Peeping Anna grows more obsessed with watching the neighbors and soon believes that she has become witness to the disappearance and murder across the way.

“The Woman in the Window” was directed by Joe “Pride & Prejudice” Wright with a screenplay by Tracy “Bug” Letts based off of A.J. Finn’s 2018 novel of the same title which borrowed heavily from the thriller “Copycat” (1995).  “The Woman in the Window” is not a new concept and is another entry to the “voyeur thriller” subgenre. This yarn has been played out time and time again and has been pulled off with tension in “Shock” (1946), “Witness to Murder” (1954), comedic familiarity in “The ‘Burbs” (1989), the homage heavy “Disturbia” (2007), but masterfully pulled of with perfection and charm in Alfred “Psycho” Hitchcock’s “Rear Window” (1954). If you are new to this trope, “The Woman in the Window” is sure to please, and if you’re a well-seasoned veteran of cinema with an open mind and eyes, it will be enjoyable but predictable.

We are all voyeurs of others in one way or another. At home, work, or in public, we like to watch others and it seems we are drawn more to scenes of arguments, accidents, and atrocities. How many times do you slow down and break your neck to the results of a car accident? Is it to render aid to the hurt? Nine times out of 10 it is to witness the aftermath of the accident. What terrible thing do I want to turn away from, yet I still have this dark yearning to see what horror lies before me? The same goes with our neighbors. You don’t want to live next to a murderer, but some sense of excitement is birthed when you witness them arguing or committing an act out of the ordinary. Just remember that curiosity killed the cat, and your neighbor is most likely watching you through their blinders as well.