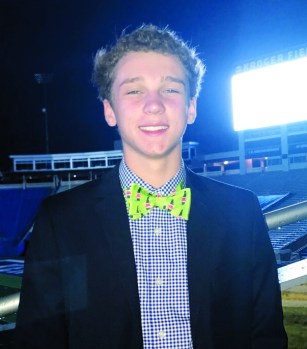 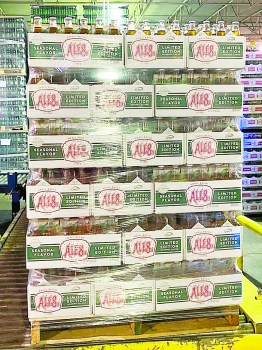 Cases of limited editiion Orange Cream Ale-8 are wrapped and ready to be distributed. - Photo by Sawyer Broeking 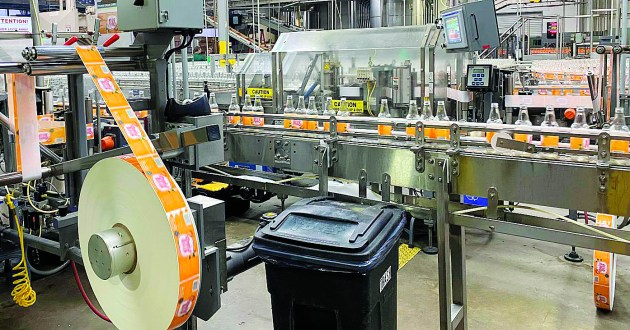 Special orange cream labels are loaded on a spool and ready to go onto bottles of the limited edition flavor of the Kentucky soft drink. - Photo by Sawyer Broeking

Ale-8 uses a clear version of its classic green bottle for the orange cream flavor. - Photo by Sawyer Broeking 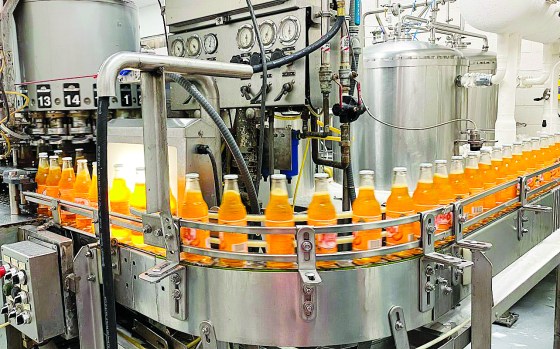 When you think of summer, what is the first thing that comes to mind?

Do you think of hot days and cool nights spent with friends and family?

Or do you think of backyard barbecues filled with laughs and competitive games of cornhole?

What about when you were a kid, how you used to zoom down the street on your bike to get to the ice cream truck?

Well, for me, I think of pulling an ice-cold, refreshing Ale-8 out of the cooler.

There is nothing like that feeling of twisting off the cap and taking that powerful first sip. It doesn’t matter the flavor.

If it has Ale-8-One written across the label, then I’m obsessed.

For the past two summers Ale-8-One has provided the region with its seasonal orange cream flavor, which is a drink that has summer written all over it.

This summer marks the third year since the family-owned company’s newest flavor debuted.

The drink is a blend of citrus orange and vanilla cream combined with the 95-year-old family recipe of Ale-8-One, that brings a nostalgic taste of Dreamsicle, in liquid form, to your taste buds.

For a lot of people, Dreamsicles symbolize summer, so it’s extremely relatable for Ale-8 to base a drink off a product and season that are both so highly regarded among the public.

The drink is usually released to the public around the end of May or the early parts of June and is always highly anticipated.

According to DeAnne Elmore, corporate communications manager at Ale-8-One, this year it will be released to the public in stores around June 7 and on fountains at Clark’s Pump N Shop on Main Street beginning the week of May 24.

This past Friday, I was fortunate enough to tour the Ale-8-One Bottling Company on the first day of production of the citrus drink.

As the bottles kept filling, my excitement kept growing thinking about the flavorful drink.

At the end of the tour, I was lucky enough to snag one of the first Orange Cream Ale-8’s provided to the public this year, and to say it was refreshing is a huge understatement.

It left a lasting impression on my taste buds that has me counting down the days ’til it’s in stores, and I can go stock up.

Ale-8 knows exactly what it is doing with this spectacular seasonal product.

It gives us that feeling of summer and all the happiness that surrounds the season all rolled into one 12-ounce bottle.

I can say without a doubt I am hooked on this outstanding beverage, and I am willing to bet I’m not alone.

The drink is sold in limited quantities, while supplies last.

Get your first taste at Clark’s Pump N Shop around Memorial Day weekend and in retail stores June 7, so you, too, can enjoy a sip of summer.

Editor’s Note: Ale-8-One is NOT open to the public, but as a member of the press, Sawyer was permitted access to tour the first production.