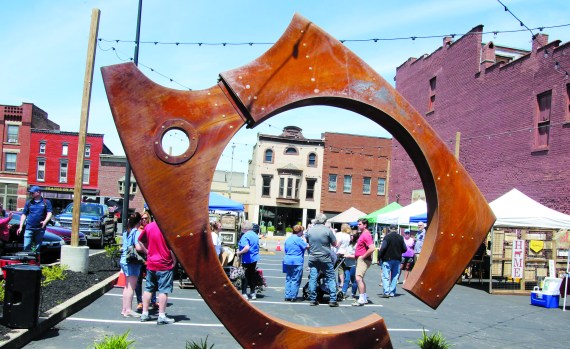 Visitors to the new park downtown are viewed through the sculpture by Nathan Hatch that was unveiled Saturday for May Market Day. (Photo by Elizabeth Chalfant) 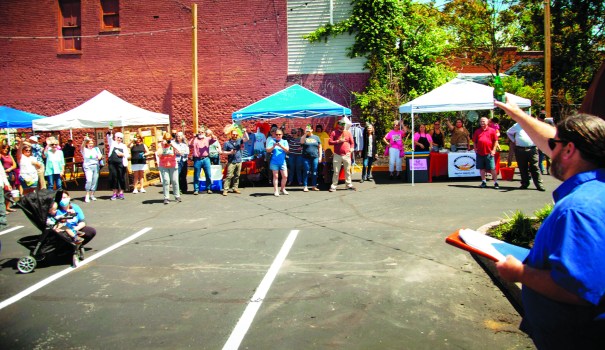 Chad Walker, master of ceremonies, raises his Ale-8 bottle to propose a toast during the unveiling of the sculpture and the naming of Many Friends Parklette Saturday. (Photo by Homestead Studios) 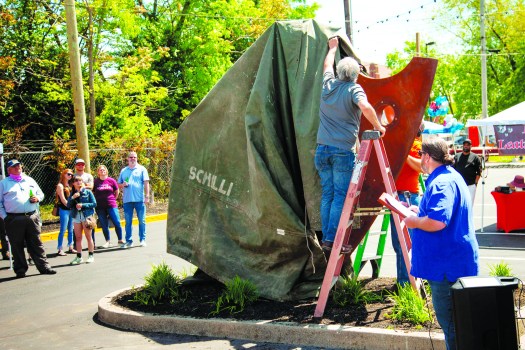 The sculpture by Nathan Hatch is unveiled at the new downtown parklette. (Photo by Homestead Studios) 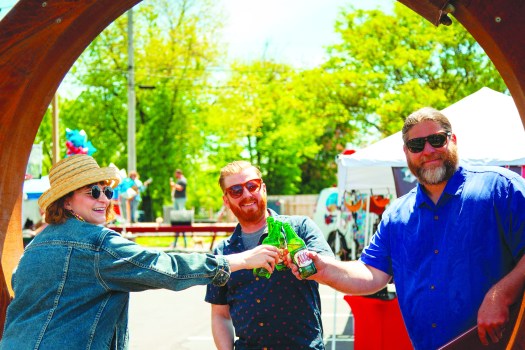 Hundreds of people visited the new downtown parklette for May Market Day, and those who were there at noon on the sunny Saturday got to witness the unveiling of a metal sculpture by artist Nathan Hatch.

The audience toasted the occasion with Ale-8, courtesy of the local company.

“It was a really good first event in the park, and the sculpture looks great,” said Elizabeth Chalfant of the Winchester Collective, a group of downtown business owners who organized the gathering of local arts and food vendors.

She estimated that throughout the morning and early afternoon, as many as 500 people came to what the downtown community has been unofficially calling Many Friends Park, the parking lot on North Main between D&S Hardware and Howard’s Overhead Doors that will also serve as a venue for events like the one held there Saturday.

Rachael Boyd, executive director of Main Street Winchester, announced that Howard’s and D&S were the downtown Businesses of the Year.

Chalfant said there were 11 vendors and five Winchester Art Guild — Rose Swope, Dana McCall, Claudia McDowell, Kelly Hutchens and Denise Noble — who demonstrated their talents, including greeting card making, watercolor, jewelry wiring and embroidery. A group of 4-H students also did art projects on Main Street next to the park.