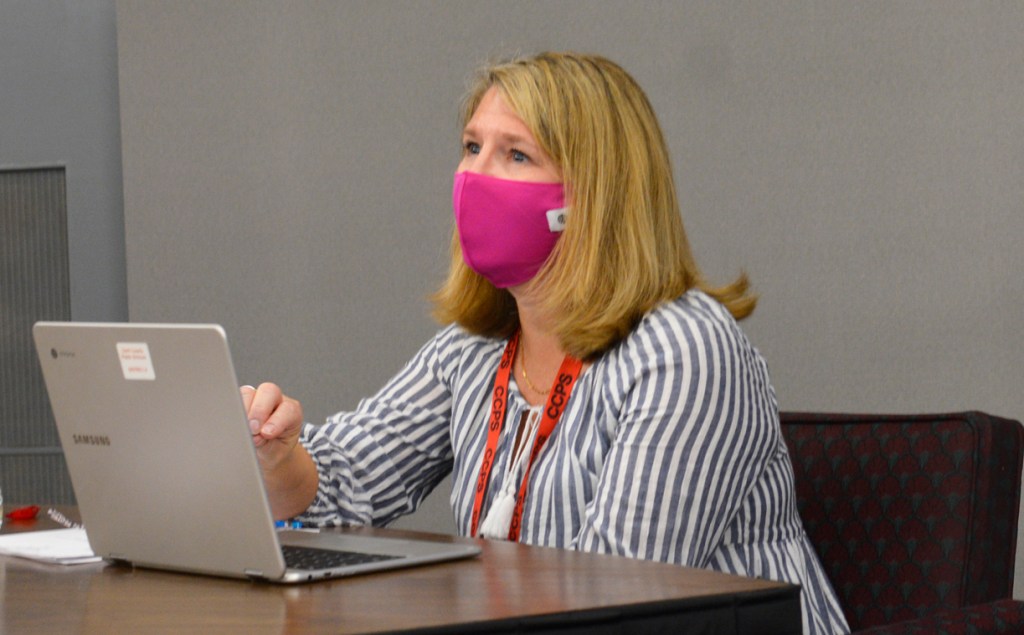 Board Member Sherry Richardson offers input on the choice of a superintendent search administrator. (Photo by Randy Patirck)

The Kentucky Association of School Administrators has been chosen to help Clark County Board of Education find the school district’s next top administrator.

The board must hire a superintendent by the end of June, when Paul Christy’s contract expires.

Recently the board voted not to renew Christy’s employment for another year, citing issues including a lack collaborative leadership.

The board considered four applicants in all, but during their discussion Monday night, the decision came down to a choice between KASA and the Kentucky School Boards Association.

Two of the members, Vice Chair William Taulbee and Chair Ashley Ritchie, preferred KSBA because, they said, they felt more comfortable with an organization whose purpose was to represent school boards rather than administrators.

Board Member Brenda Considine, who voted with Sherry Richardson and Megan Hendricks, said she had worked with KASA’s leader, Owens Saylor, and found him to be very professional, and she wanted the facilitator who would “work hardest” for them in finding the right candidate.

Also during the meeting, the board named one of its own members, Taulbee, to a search committee that also includes a principal, Kara Davies of Clark County Preschool; a parent representative, Shonda Johnston, whose child attends Shearer Elementary; two certified teachers, Brian Foudray of George Rogers Clark High School and Carey Galloway of Conkwright Elementary; and Melanie Henry of Central Office, who will fill the classified employee board position.

Taulbee was the only one who sought to fill the board’s seat on the committee.

The committee and the consultant will assist with the search, and the school board will interview candidates and make the final selection.