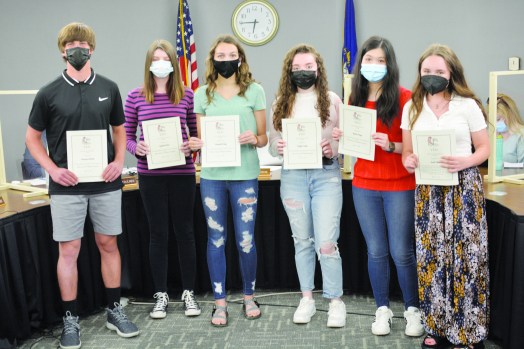 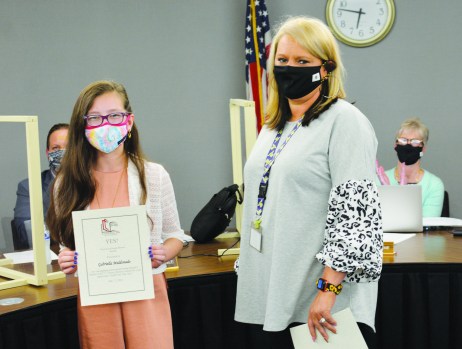 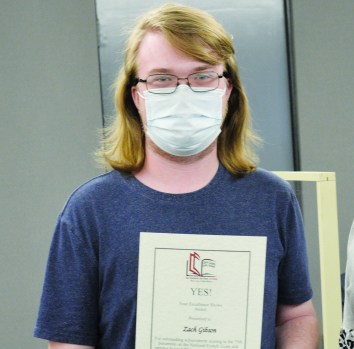 Zach Gibson, shown here receiving his certificate from the school board, and Josh Vitai, who was not present for the meeting Monday, received second and third-place awards, respectively, in French at the recent Kentucky World Language Association (KWLA) showcase in April. (Photo by Randy Patrick)

Governor’s Scholars and French students from George Rogers Clark High School and a Baker student who received a writing award were honored with certificates Monday night by the Clark County Board of Education.