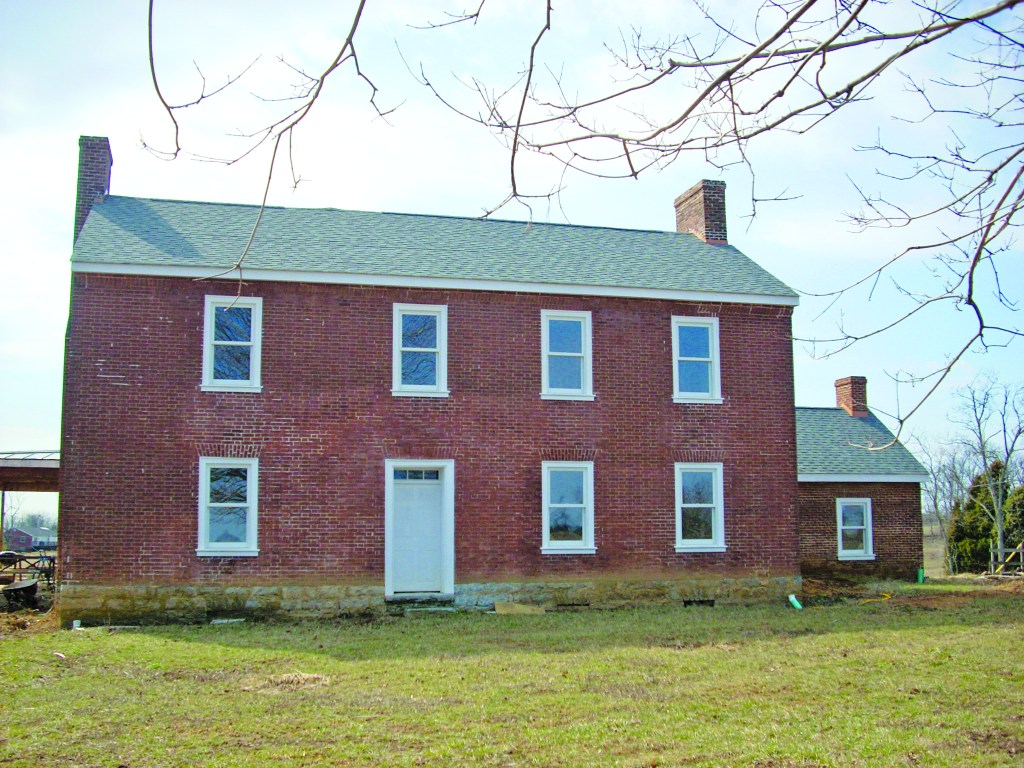 The Federal-style John Gibbs House on Fox-Quisenberry Road was built in 1822 and is on the National Register of Historic Places.

One of Clark County’s early brick residences, the John Gibbs House, is located on Fox-Quisenberry Road. The Federal-style house was built in 1822. Architecturally, the oldest section is described as a four-bay, two-story center passage plan. The house, which has been remodeled and modernized, is listed on the National Register of Historic Places.

John Gibbs (1773-1851) was born in Union County, South Carolina. His parents, James Gibbs and Ann Barnett, were buried on their homeplace near the Lower Fairforest Baptist Church. James served with the Union County Patriots during the Revolutionary War. The family traces its lineage back to Willyam Gibbs (1536-1616) of Dorset, England.

John Gibbs came to Kentucky as a young man and, in 1804, married Elizabeth Whaley, also from South Carolina. That year John acquired his first tract of land in Clark County — 157 acres on Upper Howard’s Creek. He paid Elizabeth’s father, James Whaley, five shillings for the property. John went on to add another 362 acres to his landholdings, all in the area of present-day Fox-Quisenberry Road, where he was engaged in farming. John was listed in the 1850 census with real estate valued at $40,000.

John is most likely buried in the graveyard on his farm. His gravestone cannot be found but one still stands for his wife who died in 1862.

After his death, John’s land was divided among his heirs: Mary who had married Richard Cooper, Elizabeth who had married James Quisenberry, and the children of Hiram, deceased (John, James and Hiram Jr.). Wife Elizabeth Gibbs was awarded 97 acres and the “Mansion house.”

Elizabeth Quisenberry eventually purchased much of the land awarded to the other heirs. She died in 1898 and is buried in the family graveyard beside her parents and husband James. She left daughters Sallie Bush, Talitha Grigsby, Mary Fry, Alice Berry and Ella Parrish.