Fredrick has no concerns about transferring to UK 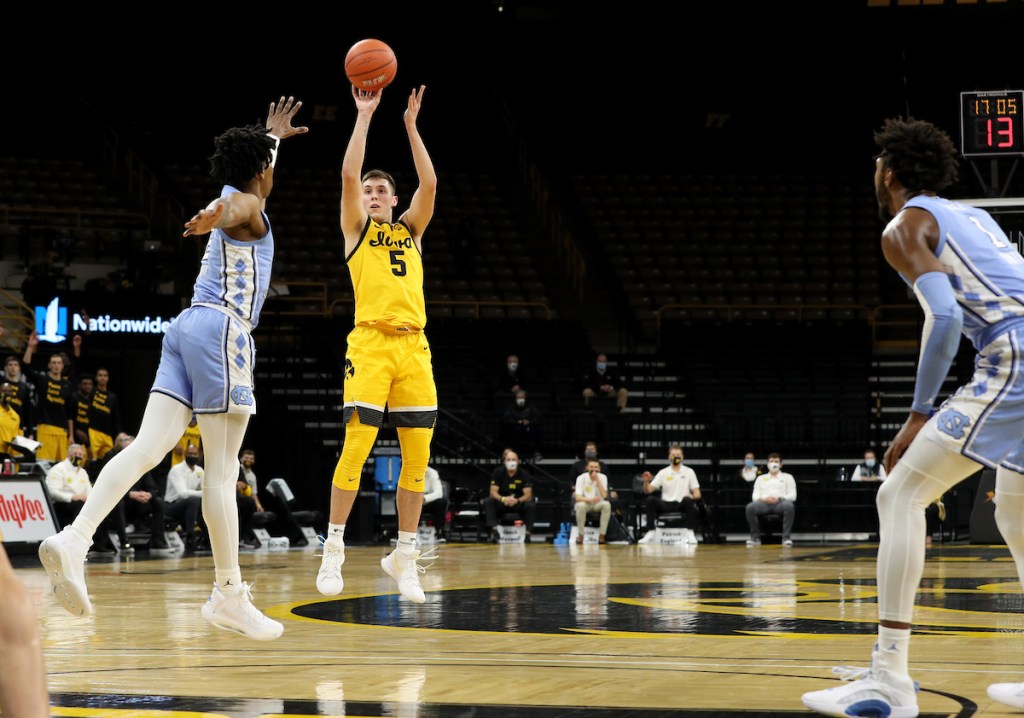 Former state tournament most outstanding player CJ Frederick insists he really does not have a big concern about transferring from Iowa to Kentucky.

Frederick was not recruited by John Calipari after his standout career at Covington Catholic that ended with a state championship. He’s spent the last three years at Iowa where he was a 47 percent shooter from 3-point range.

“I’m kind of coming in learning everything, learning about the campus, meeting the guys, getting to summer school and all that stuff. Just a range. But I wouldn’t say concerned. Meeting the guys is definitely the first priority and creating relationships with them. But nothing I’m too concerned about,” Frederick said last week.

He did admit Kentucky was a dream school for him even though he was not initially recruited by the Cats.

“Being around the area, I kind of know what it means to play on this team. I never thought it would happen. I’m just super excited that it did happen. But I knew that I was going to go to a team that needed me,” Frederick said.

“Coach Cal was actually one of the first people to call me when I entered the portal. The minute I talked to him I could feel the genuine need for me to come in and help lead the team and help make shots and help spread the floor. That was something that I really liked and enjoyed talking with him about.”