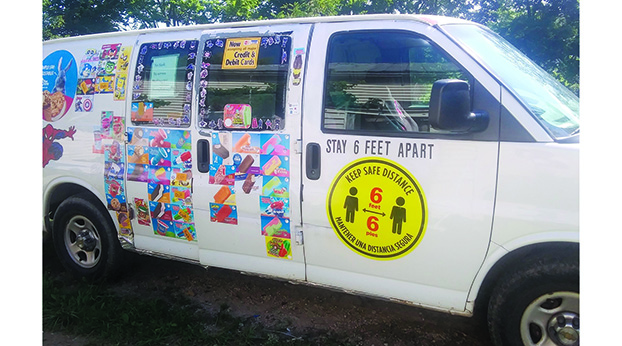 This photo is featured on the Facebook page of Heavenly Treats.

The Winchester Police Department has reported it has gotten questions about a registered sex offender working on an ice cream truck in Winchester.

Police confirmed that Heavenly Treats Ice Cream had a registered offender working on one of its ice cream trucks, but he is no longer doing so.

“We got several complaints … but he’s compliant with the sex offender registry,” Capt. James Hall, a spokesman for WPD, said Monday. He said the man had committed no recent crime but is on the Kentucky State Police registry for a 20-year period. “I think it’s more an optics issue,” Hall said.

Because there is no new crime, police are not releasing the man’s name.

On its Facebook page May 18, the police department stated, “The company confirmed today that this individual will no longer be working on any of their trucks and will not have any contact with children.”

When The Sun called the number on the company’s website Sunday, the man who answered said he was the registered sex offender and that he will remain on the registry for the next 14 years. But he did not want to give his name, and said he no longer works for the company.

He said the charge against him involved a single digital photograph.

“Because all the computers in the house were registered to me, I was charged,” he said. “I was investigated by the police, I served my time, and I did my parole.”

He said he did not “want to get all this stirred up again.”

The man said the company is still in business under the same name “for now.”

According to Heavenly Treats’ Facebook page, it has one ice cream truck.

At 3 p.m. Sunday, the Facebook post had been shared 645 times, and comments previously posted by readers on the page had been removed.