Calipari not planning to rely on popular transfer portal in future 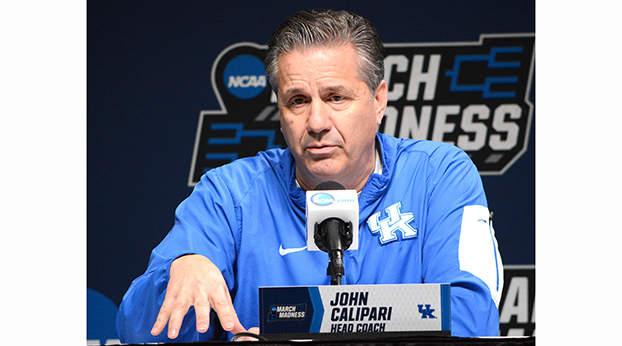 Most of Kentucky’s roster will be stocked with transfers next season but coach John Calipari doesn’t think that will become a trend in the future.

“Thank goodness that we could tap into that market (last year), but it’s not something that we’re saying that we’re just going to live by,” Calipari said Friday.

For the second straight season, at least three or more experienced players have transferred to Kentucky via the transfer portal. Oscar Tshiebwe, Kellan Grady, CJ Fredrick, and Sahvir Wheeler will give the Wildcats experience next season in a time in which adding transfers was the best option for Calipari and his staff.

“This is a different place for that but this year it’s good. I’m not sure where it will go going forward but we’ll be evaluating,” Calipari said.

According to Calipari, at least six players from more than 130 programs had entered the transfer portal two weeks ago and said that number may have risen because of the popularity of the portal.

“… It’s almost like, ‘Who’s going to do it? Okay, I understand. Now who are we getting?’” he said. “Four years ago, if five players transferred from a team, everybody would go crazy. ‘The program is crumbling.’ Well, 150 programs are crumbling.”

The recent rise in transfers has created an immediate adjustment for college coaches.

“As the NCAA, we have to be able to be nimble and pivot with all this stuff we’re doing that’s changing the game, you can’t have it take two years,” Calipari said. “To change something that had unintended consequences, whether it’s the portal, whether it’s name, image and likeness, we may need to turn on a dime right now.

“It’s like you’re on an aircraft carrier. Need to be on a speed boat for the next three years because we don’t know where any of this stuff is going.

And we’re guessing, I’m guessing like everybody else, and my thoughts are always going to be three or four years out, what this looks like. With all the leagues and all the stuff and all the transfers and the change of this change in my staff, how do we take advantage? How do we stay the gold standard in all this?”

Calipari added he is hopeful the Southeastern Conference will waive its current rule that requires transfers to sit out a season before becoming eligible.

“The whole entire country is giving these kids the ability to transfer wherever and every league has, I can’t imagine we’d be able to do anything different,” he said.