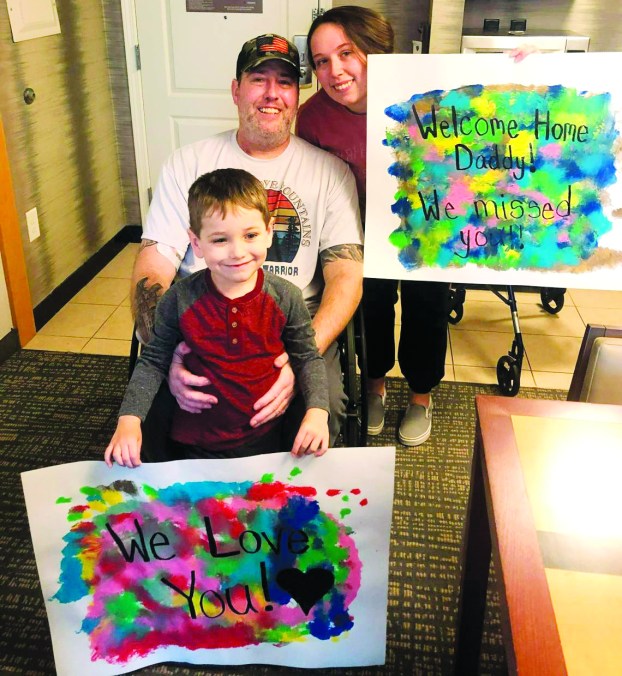 Factory worker and bodybuilder, 43, gets double lung transplant because of COVID-19 damage

Kentucky Health News
The first Kentuckian to get a double lung transplant because of damage from the coronavirus is a 43-year-old competitive bodybuilder who is “the kind of healthy, younger person who isn’t statistically likely to develop severe complications from Covid-19,” Daniel Desrochers reports for the Lexington Herald-Leader.
Dave Hoover, a factory worker and hobby farmer from Stanford, “thought it was allergies or a minor illness,” Desrochers reports. “Even after he checked into the hospital, he had seemed mostly fine.” But he gradually got worse, and “developed a complication from being on the respirator that allowed air to seep into his chest, so they had to catheterize his throat in order to inject oxygen directly into his veins. He was put on the lung-transplant list, where he waited for a month.”
About 15 percent of those on the list don’t make it through the waiting period because too few people are organ donors, Dr. Maher Baz, medical director of lung transplants at the University of Kentucky, told Desrochers.
Hoover went home April 23 to his wife and son. “They were very brave for this, very motivated, and that’s what kept him on his feet,” Baz told the Herald-Leader. “That’s what really got him through the waiting time, his motivation and courage.”
Hoover told the newspaper, “I don’t think I knew exactly how critical I was until after the transplant. After I started feeling better, my wife started sharing some things with me and I was speechless. I’m just very grateful.”