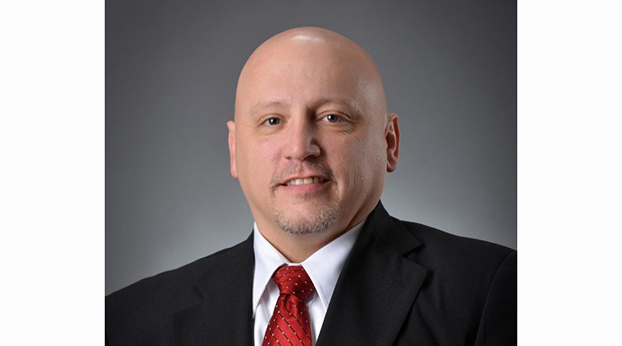 Jamie Keene is the new principal of GRC High School.

As the next principal of George Rogers Clark High School, Jamie Keene is ready to hit the ground running when he takes over July 1.

Keene was announced Wednesday for the position vacated by the retiring David Bolen, who was GRC principal for 11 years, the longest head principal tenure since the school opened in 1963.

As Bolen’s first hire in July of 2010, Keene also has 11 years of experience at GRC.

“I am both honored and proud that the hiring committee has put faith in me to be the next leader who will help build and take GRC even further,” Keene said. “I want GRC to be the ultimate high school in the state and I’m ready to go to work to make that happen.”

Keene began his education career in 1993 in eastern Kentucky and has experience at the elementary and high school level, along with two years at an alternative school. He spent three years at the Kentucky Department of Education before coming to Winchester in 2010.

“One of my priorities is to gather input from all staff members and begin prepping for next year with an academic focus,” Keene said. “It has been a difficult stretch since March of 2020 and we have a lot of work to do to make up lost ground.”

Keene said his priority will be to partner with students, staff, parents and the community. “For us to reach the heights we want, we must have involvement and investment from all stakeholders,” he said. “First and foremost, we want buy-in from our students, who will be at the center of every decision.”

Keene’s dual role as district athletic director gave him the opportunity to open one of the state’s premier high school athletic facilities and to network with countless school, community and state leaders across Kentucky.

“When we host tournaments and state championships, the proceeds we make help fund student initiatives,” Keene said. “It helps us showcase our wonderful facilities. Our student-athletes are able to see the caliber of teams it takes to compete at that level. It also helps our community with extra tourism. More people are in town which means more people eating at our restaurants and staying in our hotels.”

Keene said he will spend the next month consulting with Bolen and meeting with as many staff members as possible to ensure a smooth transition.

“I want GRC to be an environment where everybody wants to be, where learning is fun, and where no novel idea is off the table,” he said. “I want us to take risks and think out of the box. My goal is to build a culture of discussion, openness and collaboration.”

Keene and his wife of 31 years, Angie, also an educator, have two daughters, Taylor Waggoner and her husband Justin, and Madison Keene and her fiancé, Jared Adams, and two granddaughters, Ellie James and Ava Kate Waggoner.