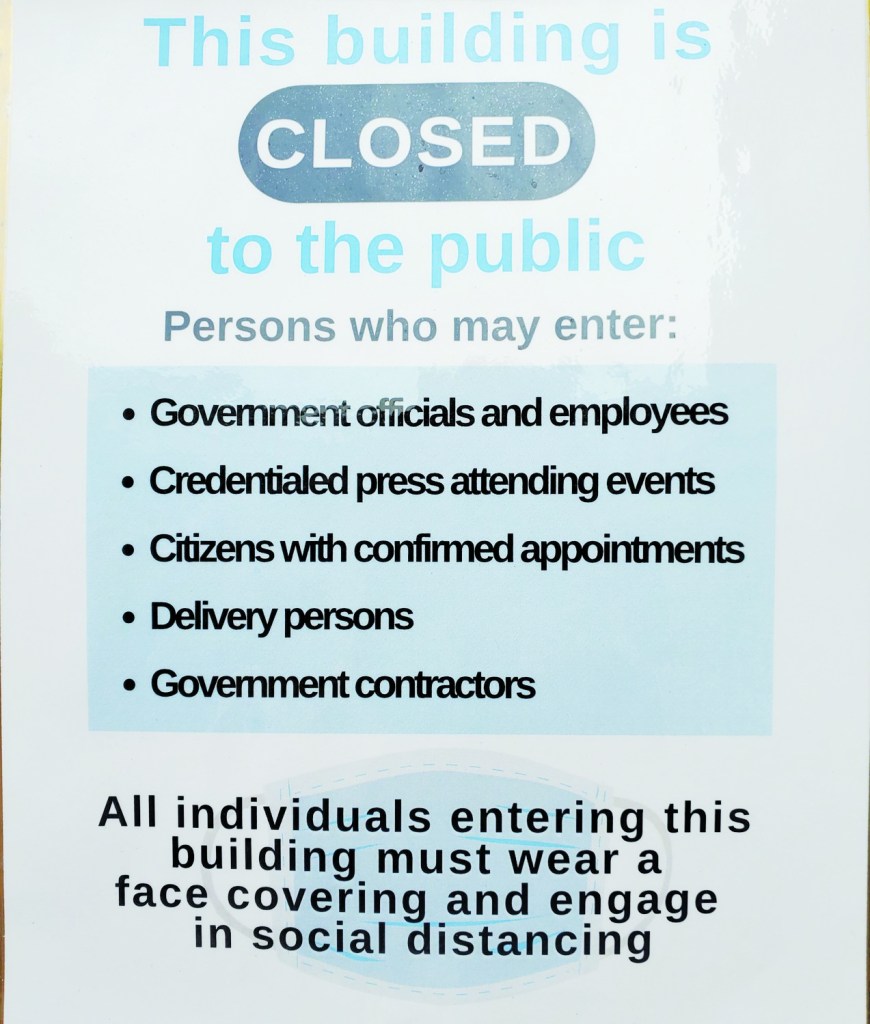 The mask mandate has been lifted for those who are fully vaccinated against COVID-19, but legislative leaders are looking for guidance from Gov. Andy Beshear before they can reopen the Capitol Annex to the public and allow them to attend committee meetings.
Senate President Robert Stivers, R-Manchester, says lawmakers are ready to open things up to the public. “Yes, they’re going to be live-Zoom-ed, but to be here and to be able to be participatory, it should happen now.”
Stivers says he and House Speaker David Osborne, R-Prospect, sent a letter to the governor several weeks ago saying they wanted to reopen the Annex to the public. However, in the words of Stivers, “Problem is, the governor doesn’t want that to happen. Because he controls the operations of the building and the security guards and has directed them not to open, unless you’re on the list.”
The list, which is posted on every door of the Capitol and the Annex, limits admittance to government officials and employees, credentialed press attending events, citizens with confirmed appointments, delivery people and government contractors.
Osborne agreed with Stivers. “I do think that when it does reopen, it will be under some amended protocols but, yes, the sooner we can get it back open and functioning the better.”
Since Beshear set June 11 as the date when virtually all restrictions in Kentucky will be lifted, Osborne has been asked if that date is being discussed. “I haven’t had any communications with them on it, no.”
Stivers noted, “We lifted most of the restrictions during the session. The governor sued us over that and said we don’t have that ability to do that. So, we’ll see what the Supreme Court says as to implied powers versus legislative mandates.”
That case is scheduled to be argued before the high court on June 10.
“We think we were on strong footing when we passed those pieces of legislation, and I haven’t seen anything that would change that opinion,” Osborne said. “But, of course, I won’t predict what the Court is going to do on anything.”
Stivers, an attorney himself, added the Supreme Court has for years held that “governors do have implied powers, until statutes are passed, and then they take a back seat to the statutory authority. So if the Supreme Court holds with years of precedent and tradition, then what we did during the session, basically declared many of these mandates over.”