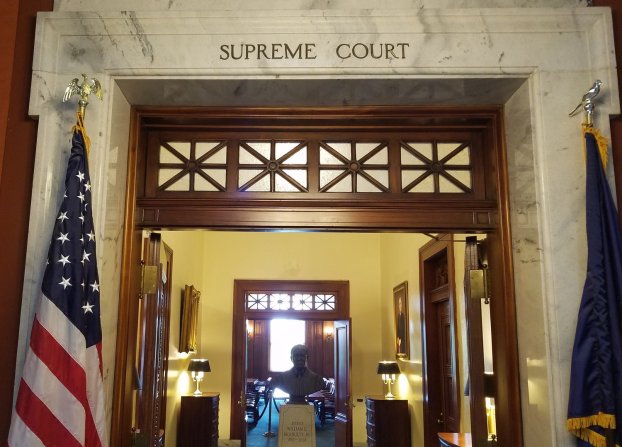 Two cases involving Gov. Andy Beshear’s powers to issue executive orders during an emergency such as the COVID-19 pandemic will be heard by the Kentucky Supreme Court on Thursday morning.

After Beshear issued numerous executive orders during the pandemic covering everything from allowing refills of non-narcotic prescriptions, to mandating the wearing of masks and limiting capacities and hours of operation at restaurants, bars, and other venues, lawmakers during the 2021 session passed a series of legislation limiting the length of the orders and requiring legislative approval.

Despite Beshear vetoing the three bills and a joint resolution, the Republican supermajorities in both chambers voted to override the Democrat’s vetos, prompting Beshear to file a lawsuit at Franklin Circuit Court.

The governor claimed the actions were an unconstitutional violation of the separation of powers between the branches of government, and Franklin Circuit Judge Phillip Shepherd agreed, putting enforcement of the legislation on hold.

Attorney General Daniel Cameron filed an appeal, which the Supreme Court agreed to hear directly, bypassing the Court of Appeals.

Meanwhile, Goodwood Brewing, which operates brewpubs in Louisville, Lexington, and Frankfort, filed a suit in Scott Circuit Court, seeking to block restrictions on bars and restaurants, and Scott Circuit Judge Brian Privett issued an order to halt the restrictions.

There is another case, similar to the Goodwood case but not coming before the justices, that was addressed in Boone Circuit Court on Tuesday with the same outcome as the Scott County case.

House Speaker David Osborne, R-Prospect, called the ruling “further evidence that the legislation we passed in January not only passes the necessary legal tests but is critical to ensuring our constitutionally guaranteed separation of powers. The Kentucky Constitution is specific in ensuring that no branch of state government be empowered to lead our state unilaterally for an extended period of time. As the [Boone Circuit] Court stated in its opinion, ‘If a purported emergency that would extend beyond 30 days is not sufficiently urgent to call a special session, then it is not sufficiently urgent to justify the imposition of indefinite and open-ended rulemaking by executive decree.’”

The oral arguments will begin at 9:30 a.m., EDT, and are expected to last all morning. A ruling by the Supreme Court likely won’t be handed down for a couple of months.

By Sen. Ralph Alvarado The commonwealth of Kentucky celebrated its 229th birthday on Monday, June 1. It also marked the... read more