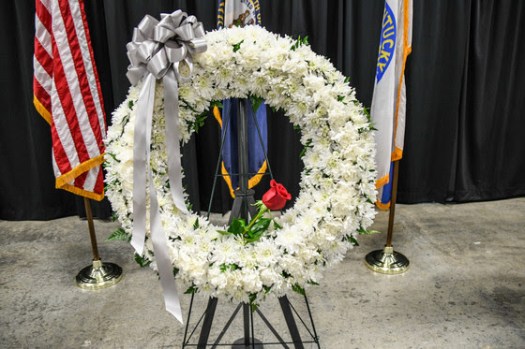 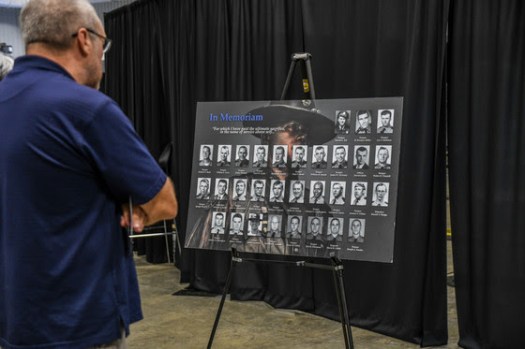 The agency's 37 troopers, officers, and highway patrolmen who died in the line of duty. 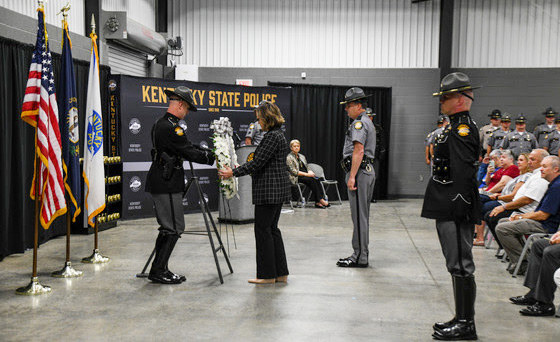 Lt. Governor Jacqueline Coleman, KSP Commissioner Phillip Burnett, Jr. and KSP Honor Guard laid a wreath at a ceremony at the KSP Training Academy in Frankfort honoring the 37 troopers, officers, and highway patrolmen who have died in the line of duty since the agency’s inception.

Kentucky State Police, along with Lt. Gov. Jacqueline Coleman and Kentucky Justice and Public Safety Cabinet Secretary Mary Noble, held the annual memorial ceremony honoring 37 fallen troopers, officers, and highway patrolmen who have died in the line of duty since the agency’s inception. This ceremony has previously been held in May during National Police Week, but was rescheduled to ensure family members of the fallen officers could safely gather together.

“These fallen officers served well and protected honorably. Our commonwealth is indebted to the work they did to make this a better Kentucky,” said Lt. Gov. Coleman. “When tragedy touches our law enforcement family, we all grieve and are continuing to grieve with the families of these 37 heroes we are paying tribute to today. I am honored to be here to remember these Kentuckians not for the way they died, but for the way they lived.”

KSP Commissioner Phillip Burnett, Jr. told family members of the fallen officers that the sacrifices their loved ones made will never be forgotten.

“These heroes will live on in the hearts and minds of every trooper who follows in their footsteps,” said Commissioner Burnett. “It is instilled in each cadet as they enter these grounds the importance of remembering those who paved the path for them. Before they graduate, they know the names and the stories of each of the thirty-seven units we honor today.”

Justice and Public Safety Cabinet Secretary Mary Noble also gave remarks during the ceremony after meeting privately with family members prior to the start of the ceremony.

“There has never been a more important time in our nation’s history than today to honor the fallen Kentuckians who paid the ultimate sacrifice to protect and serve our commonwealth. These brave 37 troopers, officers, and highway patrolmen put others before self. They are the best of us. They are our peacemakers,” Secretary Noble said. “Losing an officer is one of the hardest and most tragic situations to go through as a family, friend, law enforcement agency, and state. Today, we honor these heroic and courageous individuals who answered and are answering the call to serve and protect Kentucky. You will never be forgotten.”

During the service at the KSP Training Academy, the Lt. Governor and KSP Commissioner, with the help of the KSP Honor Guard, laid a wreath honoring the 37 troopers, officers, and highway patrolmen.

In addition to the wreath-laying, the 202nd Army National Guard Band of Kentucky provided the playing of taps immediately following the roll call reading of the fallen officers.