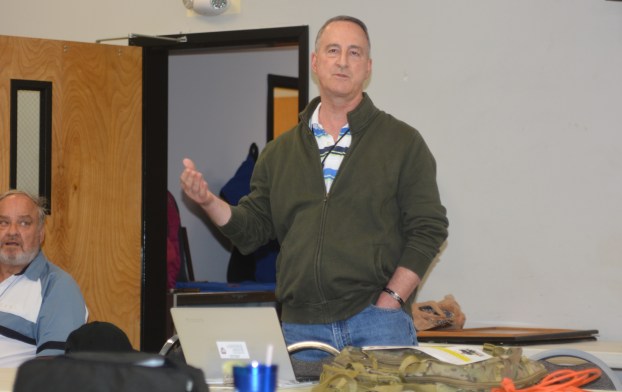 “We started flying guys in from Brook Army Medical Center, to help veterans who are pretty bad off return to pastimes they enjoyed prior to their injuries,” Tirone explained.

One upcoming event is a deer and hog hunt in Texas and Arkansas this fall. Retired SFC Scott Adams, along with retired specialists Geoffrey Quevedo and Catlin Mixson, will be traveling free of charge to hunt game, regardless of the limbs they lost during service.

The organization takes part in a variety of programs and activities. Recently, the group raised $20,000 to provide a wheelchair to a veteran who lost his legs from the waist down. The wheelchair is equipped with treads that help him travel on any sort of terrain and is fully adjustable to allow for a wide range of movement.

In another upcoming program, the group is planning to bring veterans to a beekeeping class, which Tirone found was a surprisingly popular hobby. These are just some of the activities Jason’s Box has put together.

Jason’s Box came together when, 13 years ago, Tirone met a gold star mother named Terry Johnson. Her son, Jason, had been killed in Iraq in 2009.

Tirone agreed to assist Johnson in operating a veteran’s resource center, and the effort became known as “Jason’s Box” in honor of her son.

The group has received criticism for purchasing guns for disabled veterans to use in hunting trips.

“A lot of people say ‘why would you buy that guy a weapon? He might shoot himself.’ Which has happened, I’ll talk about that briefly,” Tirone said. “But you gotta understand, the guys who signed up for this program hunted all their lives. They got injured and they’ve had some difficult times physically and mentally. But is that a reason to take their weapons away? That’s absurd.”

The incident in question regarded a veteran named Quinton Picana, who Tirone says was a great person by all accounts. What Jason’s Box didn’t know at the time was that Quinton dreamed to be a part of the special ops. This was a dream no longer possible once he lost his legs.

Tirone said Picana harbored jealousy for those who were able to join the special ops. He started taking steroids to build up his arms in compensation for his legs. Picana eventually took out his frustrations on his fiancé, beating her. One day, she finally left Picana, who shortly after ended his own life using a gun given to him by Jason’s Box.

“What we learned from that was we could never stop that,” said Tirone. “But what we can do is for these guys that are really struggling, we can give them a short glimpse of a great time, trying to get them back to where they were. And in general, just continue to work with them.”

One project Jason’s Box is considering in the future is to give disabled veterans the opportunity to partake in a playwriting contest by actor Gary Sinise.

The current plan is to submit a play about Picana’s life, which could then have the opportunity to be performed on Broadway.

“None of us take the money,” said Tirone, “anything that’s left over, we give to the veterans. We want that soldier to have a wonderful experience, that life is worth living.”

For more information about Jason’s Box, visit the group’s page on Facebook. Donations can be made by reaching out to Tirone at joseph.tirone23@gmail.com.

While COVID remains a threat, Beshear says we are no longer in crisis