Birdcage opens and flies back into theaters 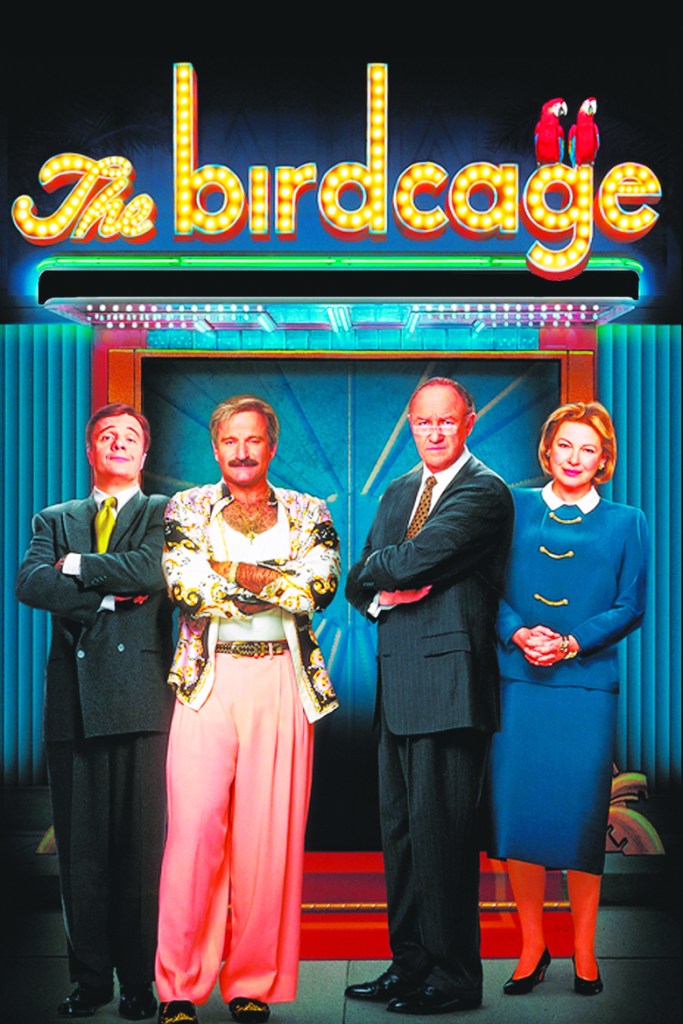 Greetings, my fellow cinephiles of the world!

A good laugh is sometimes the best medicine for a weary soul. Our day to day schedules cause stress. Our past, current situation, and future situations which haven’t occurred yet, cause many people stress. We live in a world fueled by stress, division, and constant competition with the next guy or gal. Rather than being honest and patient with each other to find a common ground for a connection, we cause more stress, maladies, and  ludicrous situations because we fear rejection and judgment. The message of our shared humanity and importance of working through our differences, may it be lifestyles or mindsets, is at the forefront of  the award-winning comedy, “The Birdcage” (1996).

Reluctantly, Armand gives his blessing as he accepts to host a dinner at his home to his future in laws who are being hounded by press as Senator Keeley is d knee deep in scandal as he is surviving to save his conservative image. Due to the ongoing scandal for the Keeleys, Val persuades Armand and Albert to pretend they are straight, redecorate their apartment, and appear to more relatable to the visiting Keeleys all the while Albert is dressed in drag to play mom for Val to ensure the night is a success for the young fiancés as the comedy ensues. Our sacrifices for loved ones at times has no bounds.

“The Birdcage” was directed by Mike “The Graduate” Nichols with a screenplay by Elaine ”The Heartbreak Kid” May adapted from the 1973 play “La Cage aux Folles” and is a remake of the 1978 French farce film of the same title. Upon its cinematic release, “The Birdcage” was a box office smash and garnered much praise by viewers and critics alike. Twenty-five years later and this funny film is still a hit owed in part to the solid cast, amusing scenes, while still exposing the depth of the characters no matter how kooky the situation. Though this is a popular comedy, Nichols, Williams and Lane were successful in pulling off a funny feature that stresses the importance of being true to yourself and genuine within our world no matter how different we may be. We are all different, we all have our quirks or hang ups, and that’s ok. We are all on this trip together, let’s make the most of it and be honest with each other and with ourselves. Don’t let the value of our similarities tarnish under the corrosion of indifference.

TCM Big Screen Classics with Fathom Events will be screening “The Birdcage” in celebration of its 25th anniversary Sunday June 27, Monday June 28, and Wednesday June 30 at the Regal in Hamburg and Cinemark at the Fayette Mall with showtimes at 3 p.m. and 7 p.m.

Remember, a bird never flew on one wing, and have a film-tastic day!