We have many reasons to celebrate Independence Day 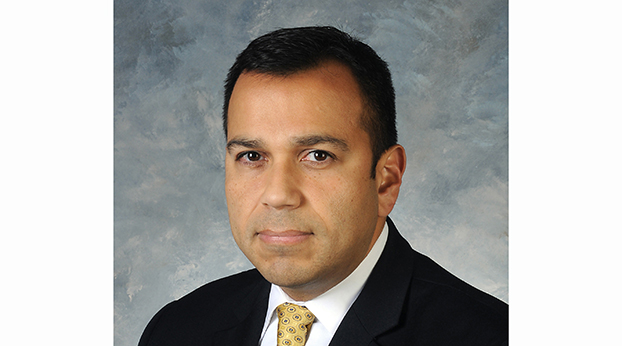 I certainly hope everyone is enjoying summer in Kentucky this year.  As the weather warms in the Bluegrass State, we recognize the advent of our warmest national holiday – Independence Day.

Since the Continental Congress adopted the Declaration of Independence, the Fourth of July has been observed as a day for Americans to stand in unity and recognition of our nation’s founding. On this day, 245 years ago, exemplary visionaries dared to create a unique form of government. Our Founding Fathers established what President Ronald Reagan described as “the shining city on a hill.”  Despite the imperfections that exist in our country’s history, America has been that beacon of hope for the world, which stands steadfast in pursuit of the ideals of liberty and justice for all.

Throughout our past, America has faced trials and tribulations. We have continually confronted the evils of slavery and prejudice. We have produced the greatest generation that answered the call during World War II, storming the beaches and liberating those suffering abroad. We have even put men on the moon. America’s history is full of triumphs and tragedies. I believe the story of America is the greatest ever told, and our Founding Fathers’ grand experiment of a government of, by, and for the people is the greatest endeavor humankind has ever embarked on.

We forget the tremendous risk the signers of the Declaration of Independence took for freedom. The British captured five of the founders who signed it.  They were tortured before they died. The homes of twelve others were destroyed and burned down. Some lost children in the war to both death and capture. The death of nine of the fifty-six founders was the result of battle, some succumbing to wounds. The Founding Fathers consisted of jurists and lawyers (25), farmers (9), and merchants (11). They were highly intellectual men who had means of influence. They could have lived a life of ease and comfort but chose risk if all for the cause of freedom.

Our celebrations this Independence Day will feel especially important given the unprecedented experiences of the last year and a half. We have an opportunity to reflect on our country’s past and to take pride in its enduring principles. The Fourth of July marks the first time that all men were declared equal. Despite race, nationality, religion, or political affiliation — we are all born with God-given rights. The Declaration of Independence is still known as one of the most inspiring documents ever written. “We hold these truths to be self-evident that all men are created equal, that they are endowed by their Creator with certain unalienable Rights. Among these are Life, Liberty, and the pursuit of Happiness.” Beginning as America’s foundation for freedom, these powerful words are the blueprint of the United States of America.

Our nation—and our state—was founded on a simple principle: “United We Stand, Divided We Fall.” In the years leading up to the colonies declaring their independence from Great Britain, the creed was “Unite, or Die.” The importance of our unity has held true throughout our nation’s existence. We are a nation that celebrates our differences; we do not persecute them. These values must remain at heart as we navigate today’s political discourse.

Just as we remember the history of our Founding Fathers, our nation’s past, and the cherished principles of the American way of life, we must honor the brave men and women fighting at home and around the world to preserve them. Civil and international wars have been fought so that all people might live freely. Countless Americans have served on and off the battlefield so that we can enjoy the rights we often take for granted.

In the wake of the COVID-19 pandemic and all of the challenges it caused, I believe this Fourth of July will be most extraordinary. Perhaps more than any other time in our lives, we appreciate the liberties and opportunities America provides. I hope that together, as proud Kentuckians, we will continue to strive for unity and peace for our country and our people. We are one nation, one people, under God, and united, and we will continue to make the declaration of our Founding Fathers long ago a reality today.

I wish you and your family a safe and happy Independence Day. God bless America.

Senator Ralph Alvarado (R-Winchester) represents the 28th State Senate District, including Clark and Montgomery counties and the eastern portion of Fayette County. He serves as Chairman of the Senate Standing Committee on Health and Welfare. He is also a member of the Senate Standing Committees on State and Local Government, Banking and Insurance, and the Budget Review Subcommittee on Human Resources. Additionally, he serves as a member of the Medicaid Oversight and Advisory Statutory Committee.