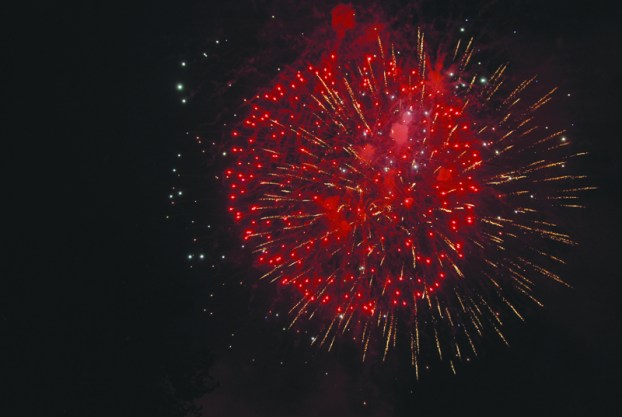 Here we are again getting ready to celebrate the birth of our great nation. I remember way back in 1984 sitting in history class in high school and the teacher was trying to explain to us the details of how our country came to be.

I was much too busy throwing paper wads at my friend across the room to pay much attention to the subject matter. I was more concerned in those days with how to get my mullet to lay just right and when the new edition of Easy Riders Magazine was coming out. It would not be until years later that I began to actually understand the concept of freedom.

I suspect that most people fail to realize the importance behind the celebration of Independence Day.

Yes, for all the closet pyromaniacs out there, it’s just a day to play with fire and blow stuff up and not get in trouble for it. Those fire lovers probably don’t realize the sacrifices that were made by their ancestors so that they could have the freedom to keep me up until all hours of the night with things going pop, crackle, and boom.

I was flipping through the channels on my television the other day and for some unknown reason I ended up stopping on one of those 24-hour news channels. The reporter was talking about how America has no freedom and how our political party has destroyed our freedoms.

While I do understand that our country has gone through some difficult times, it is not until you understand the conditions in many nations around the world that you realize that America’s freedoms are alive and well. The very fact that the news announcer can speak negatively about the people in power and not be dragged to prison is a testament to that fact.

It’s not that I don’t enjoy a good fireworks show to celebrate our nation. I have certainly lit my share of things that spit fire into the sky.

I recall one particular July 4th celebration when I was 14 years old. I had worked all week doing every odd job that my parents could dream up for me to earn the money to go to town and buy some fireworks.

Sure, I can appreciate a good sparkler as much as the next guy. However, my favorite was called “zippers.” When you lit the fuse, they would zip through the air like a rocket taking off with no way to determine where they may end up.

After waiting all day, the time had come to release the firebug in me. My nephew, who was barely 6 at the time, arrived for the show. He got out of the car and was so proud of his brand new Ninja Turtles T-shirt that he was wearing.

I, like most 14-year-olds had very little concept for what was appropriate so I lit a zipper and threw it at his feet thinking how funny it would be to watch him run.

The zipper popped loudly and zipped through the air. As only fate can do, the firework flew directly into the chest of my nephew burning a hole in his prized Ninja Turtle T-shirt. His intense sobbing was a lesson learned about combining fireworks and stupidity. Not a good combination.

As you go out this year and watch the fireworks light up the night sky, enjoy their beauty but also spend a minute appreciating the fact that you are free.

Just don’t wear your Ninja Turtles T-shirt because you never know what can happen.

BY GLORIA YODER I used to wonder how a person could ever go to work in the garden to unwind.... read more