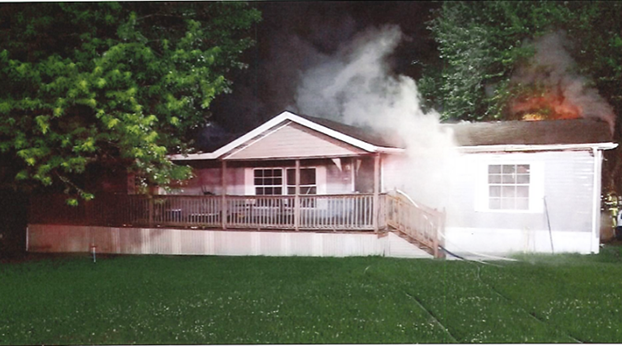 Winchester firefighters battled a structure fire Monday morning, which was reported at 4:41 a.m. The fire began at a resident between Fulton and Market streets.

Interim Battalion Chief Eric Daniels led crews to a scene of intense flames and heavy smoke. According to Interim Fire Chief Chris Whiteley, the floor gave out under one of the firefighters as they made entry. He was removed from the newly formed hole without serious injury. When three separate crews made entry through three bedroom windows, the roof collapsed in on them, but no serious injuries were sustained.

The Clark County Fire Department sent an engine company on the initial alarm, as they were at station 2 to assist with Winchester Fire Department operations. By 7:36 a.m., the fire was extinguished. After another search, it was confirmed no one was in the residence at the time of the incident.

“The guys, as always, try to make an aggressive interior attack and do a primary search,” said Whiteley. “They did that until they met with holes in the floor, and that didn’t deter them from still searching the residence. They just had to use alternate means by going through the windows. Overall I couldn’t be more proud of the effort and professionalism of the guys and the men and women in our department.”

No serious injuries were reported. The cause of the fire is still under investigation. 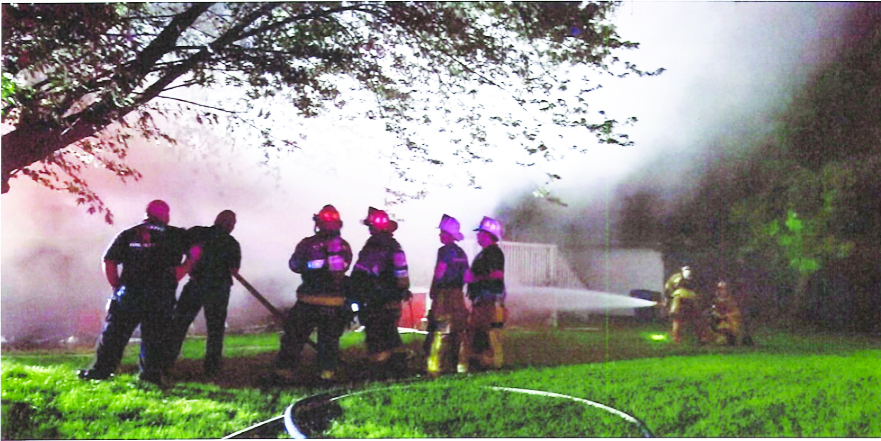