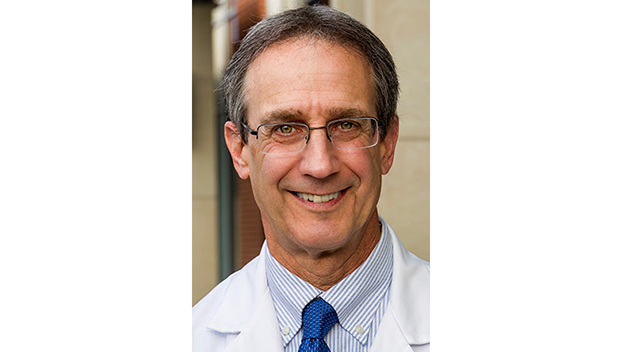 UK and others get grant for prevention of stroke, which kills over 2,000 in state each year

The University of Kentucky, the state Department for Public Health, the University of Louisville and other state partners have been awarded a prestigious grant to expand and coordinate prevention of stroke, which is a major health issue in Kentucky.

The $1.8 million grant, for an initial three-year period, is from the Paul Coverdell National Acute Stroke Program, named for a U.S. senator from Georgia who died of a cerebral hemorrhage in 2000.
A stroke is interruption of blood supply to the brain. More than 2,000 Kentuckians die each year from stroke or stroke-related complications each year, among the highest rates in the country, said Dr. Larry Goldstein, principal investigator for the grant. He is chairman of neurology at UK and co-director of UK HealthCare‘s Kentucky Neuroscience Institute.
Goldstein said Kentucky ranks high in rates of stroke-risk factors such as smoking, obesity, diabetes, high blood pressure, excessive alcohol use, and physical inactivity, “particularly portions of the Commonwealth under significant socioeconomic stress. The state’s Appalachian counties are disproportionately affected; stroke mortality in the region is 14% higher than the national average and 8% higher than the rest of the state.”
He added, “Although there are several existing stroke prevention and care programs in Kentucky, the Coverdell award will allow us to coordinate and expand these efforts. The program establishes the Kentucky Stroke Improvement Cooperative, bringing together a variety of groups and programs to provide leadership for improving the quality of stroke care in the commonwealth. The Coverdell award will allow us to better bring information to the public and organize systems of care to better implement proven stroke prevention and treatment strategies.”
Goldstein said people at risk for stroke have many ways of reducing their risk: “Have a balanced diet that is low in salt and high in grains and vegetables, such as a Mediterranean or a ‘DASH’ diet; have 30 minutes of at least moderate activity most days of the week; maintain a targeted body weight; do not smoke, and avoid environmental tobacco smoke; moderate alcohol consumption; check your pulse for skipped beats and check your blood pressure several times a year.”
The symptoms of a stroke can be remembered by the acronym BE-FAST: abrupt loss of Balance or leg weakness, loss of Eyesight in one or portions of both eyes, drooping of one side of the Face, weakness of an Arm, or difficulty Speaking or understanding speech.
The acronym also describes how one should react to a stroke. “Time is of the essence,” Goldstein advises. “Call 911 to be taken to the nearest, appropriate certified stroke center or hospital, if a certified stroke center is not available nearby.”
You Might Like