Robinson, Allen ready to win together at UK 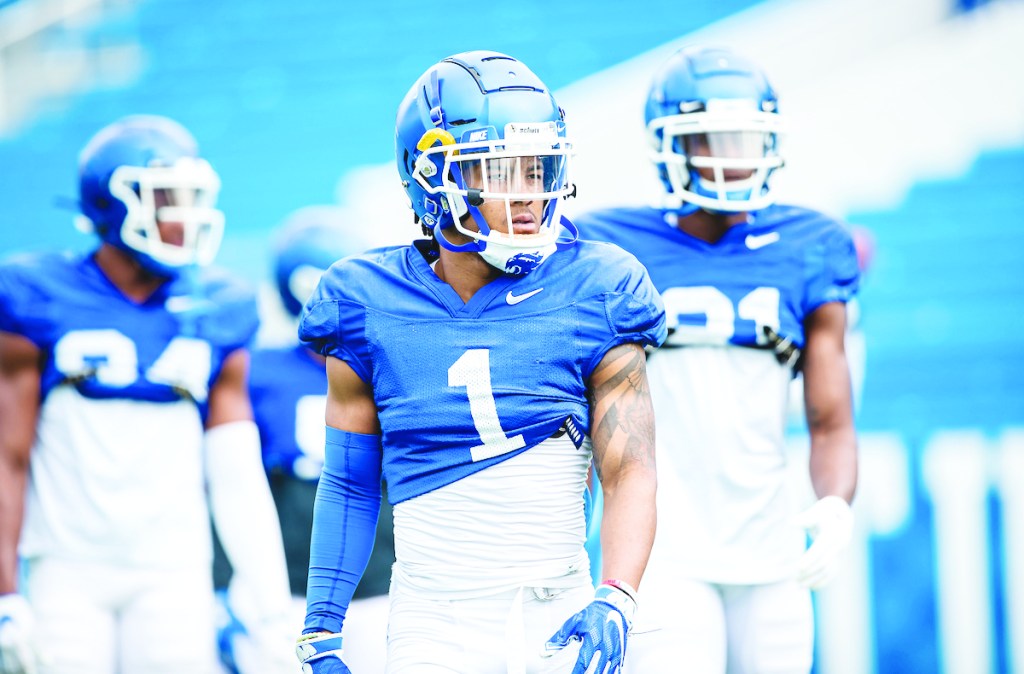 Receiver WanDale Robinson figures to get the ball in a variety of ways this season at Kentucky. (UK Athletics Photo)

When they were playing high school football against each other, quarterback Beau Allen and receiver/returner WanDale Robinson often talked about playing college football together.

Robinson was a record-setting all-purpose threat at Western Hills in Frankfort who won the Paul Hornung Award as the state’s top player in 2018. Beau Allen was a prolific passer at Lexington Catholic who won the Hornung Award in 2019.

Robinson originally committed to UK before signing with Nebraska where he played in 2019 and 2020 before transferring to Kentucky during the offseason. Allen signed with Kentucky and redshirted during the 2020 season.

“He is going to help us out a lot. He’s great. He’s going to get the ball in a lot of ways,” Allen said. “Spring practice proved that.

“I knew him pretty well (growing up) but him coming to campus and now we actually get to play together and practice together has been great. He’s going to be a great addition to this whole program. He already is.”

Allen called Robinson “one of the greatest players” he has ever been around and noted how much fun it was to play against him and now play with him.

“He has definitely got better, too. I remember I threw him the ball one too many times in high school (when Robinson returned an Allen interception for a touchdown). Hopefully I can do that to him on purpose now and help us win games,” Allen said.