McConnell, others want to keep ban on all fentanyl analogues 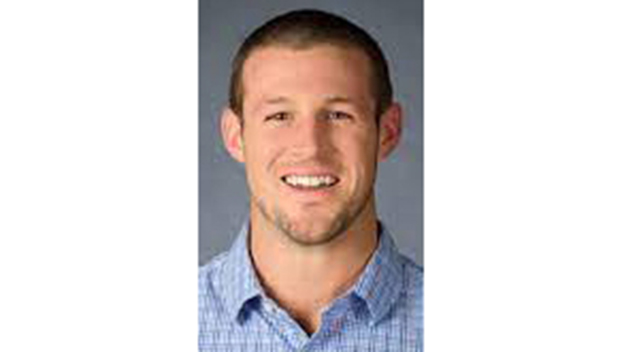 Fentanyl, the latest scourge of the opioid epidemic, is a synthetic. That makes it relatively easy to make different versions, called analogues, with slightly different chemical formulas. They have the same narcotic effect, but technically fall outside the legal definition of the drug.

The Trump administration put all fentanyl analogues on Schedule I, the list of drugs that have no recognized medical purpose, and Congress voted in May to extend that until Sept. 30. Now Sen. Mitch McConnell is among those who want to make it permanent, and a University of Kentucky professor who has personal experience with addiction is among those who want something else.

Alex Elswick, an assistant extension professor for substance-use prevention and recovery, is among those who oppose the broad extension because it would make people convicted of fentanyl possession subject to mandatory minimum sentences.

“The solution is not to increase penalties or have stricter sentencing,” Elswick told Eva McKend of Spectrum News. “Invariably, that harms people in recovery and harms people who use drugs.”

McConnell, the Republican leader of the Senate, “is among the loudest voices in support of permanently classifying fentanyl analogues as a Schedule I drug,” McKend reports.

“My home state of Kentucky logged a 50 percent year-on-year increase in overdose deaths, McConnell said in an April 20 floor speech opposing the temporary extension. “Fentanyl and its constantly changing analogues are as toxic and lethal an illegal drug as there is.”

He added, “The Department of Justice reports that, in the last three years, only eight people would have qualified for the mandatory minimum sentences that some people are complaining about.”

A week later, McConnell raised the issue again, saying in a floor speech, “Some soft-on-crime corners of the political left have convinced some Democrats that this impending expiration is actually a political opportunity. . . . Democrats could come back to the table with an unrelated soft-on-crime bill — say, reducing prison sentences for drug dealers — and make that bad idea the price of admission for keeping these deadly poisons illegal.”

Senate Democrats say what McConnell wants “is part of a continuation of the failed war on drugs, popularized by President Nixon 50 years ago,” McKend reports. “They argue mandatory sentences lead to more incarcerations but do little to deter use and demand.”

Elswick agrees. He told McKend, “At the heart of the problem is an overdose epidemic. That’s the harm we’re really concerned with trying to do away with.” He said his addiction began when he grew dependent at 18 on opioids he was prescribed for an outpatient oral procedure.

“It took me all the bad places that a man can go. I went to jail, I went to six or seven treatment centers. I ended up homeless in four different cities,” he said. “And I spent the very end of my addiction in 2013 sleeping under a bridge in Dayton, Ohio. I ended up checking into a Salvation Army, which is a homeless shelter there. That’s where I really started my recovery journey almost eight years ago.” Now he has a Ph.D. and a nonprofit that advocates for people with substance-use disorder.

Democratic Sen. Cory Booker of New Jersey told McKend that there’s been a lot of “constructive dialogue” about the issue in the Senate. But the Biden administration is staying mum, at least publicly.McKend reports, “Spectrum News 1 sent several requests to the Department of Justice over three months asking how fentanyl analogues should be permanently classified. They had no comment for this story at the time of publication,” July 9.