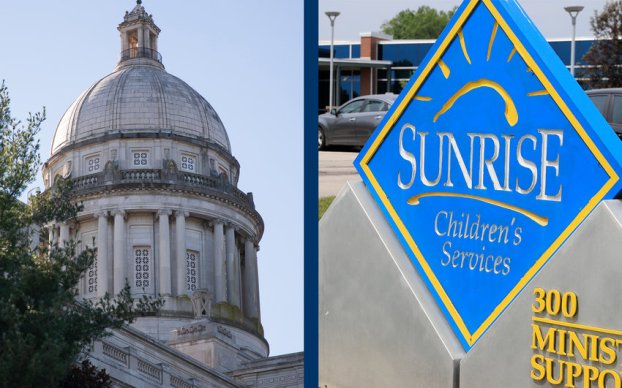 FRANKFORT, Ky. – Sunrise Children’s Services and the Cabinet for Health and Family Services have agreed to a new annual contract after a 22-month negotiation process.

In a statement to Kentucky Today, Susan Dunlap, executive director of the Office of Public Affairs for CHFS, wrote, “The Cabinet for Health and Family Services and Sunrise Children’s Services, Inc., entered into an agreement on July 15 to continue placing children and youth with the provider.”

Sunrise Children’s Services is an agency of the Kentucky Baptist Convention providing foster care, residential and therapeutic services to children and families in crisis. According to Sunrise, they have been in existence since 1869, partnering with the state for the last 50 years.

“We are proud to be that partner and will continue to do our best to help children and families across this commonwealth. We are thankful for this day and opportunity,” said Dale Suttles, Sunrise president.

“Kentucky Baptists will be pleased to hear that Sunrise Children’s Services is once again under contract with the commonwealth providing services to needy children,” Todd Gray, executive director-treasurer of the Kentucky Baptist Convention, said.

Suttles agreed, “We are also thankful for the prayers and support from thousands of Kentuckians across this commonwealth. It has been amazing to hear from so many that care deeply about this ministry.”

Negotiations stalled as Sunrise would not sign the contract offered by the Cabinet, claiming it would cause them to violate their deeply held religious beliefs. The agency says they receive any child they can help but refers prospective LGBTQ foster parents or employment applicants to other agencies.

“The terms of the agreement were the same as the previous contract that Sunrise had with the Cabinet from July 2019 to June 2020. Additionally, Sunrise agreed to refer any service applicants who identify as LGBTQ to another provider in good standing with CHFS,” Dunlap said.

The June ruling by the U.S. Supreme Court in Fulton vs. Philadelphia, a case similar to the situation between Sunrise and CHFS, paved the way for the groups to agree.

“We are pleased that the administration has followed federal law in regard to the Fulton case that allows a ministry like Sunrise to continue to operate and be a viable partner with the Cabinet,” Suttles said.

Despite the signing of the contract, Gray still has concerns about the Beshear administration’s stance toward religious liberty.

“As thankful as I am for Kentucky Baptists, I am equally disappointed over the actions of the state. If it were up to this administration, Sunrise would not be providing care for Kentucky’s needy, neglected, and abused children,” Gray said. “It should be of grave concern to every person of faith in Kentucky that it took a ruling from the U.S. Supreme Court to move Governor Beshear to agree to a contract with Sunrise.”

In the House Interim Joint Committee on Appropriations and Revenue Committee meeting on June 2, Suttles testified the state contract is responsible for around $16 million of Sunrise’s $22 million annual budget.

“This has not been an easy road, but today we are so grateful that we do have a signed agreement between Sunrise and CHFS,” Suttles said.

Kentucky Attorney General Daniel Cameron weighed in on the contract being signed.

“The U.S. and Kentucky Constitutions are abundantly clear that government cannot discriminate against a religious organization because of its beliefs,” he said.  “The U.S. Supreme Court affirmed this foundational principle in a  unanimous ruling last month.

“I’m glad to see the Beshear administration follow the law and do what governors of both parties have done for decades, work with Sunrise so that the organization can continue the important work of serving Kentucky’s children.”

By MARK MAYNARD Kentucky Today Vacation Bible School, a staple in Kentucky Baptist churches for decades, has had a great... read more