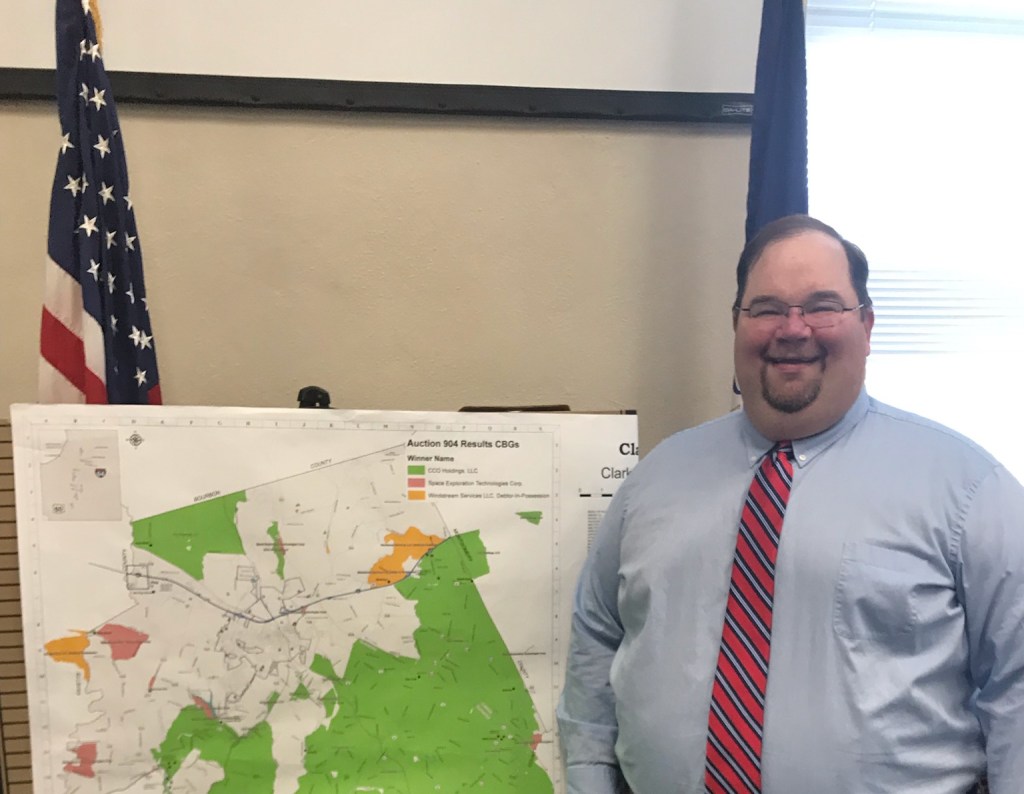 Clark County Judge Executive Chris Pace has announced the results of an auction aiming to bring broadband access to 2,500 additional homes in Clark County over the next six years.

“This sets the table for an investment of $4 million dollars in federal funds to be matched by an additional private investment of over $6 million dollars which will begin the most expansive buildout in recent memory”, noted Pace. “In addition to the initial phase, it is our intention to identify pockets of need throughout the county for further expansion through grant funding.”

Jason Keller, vice-president of government affairs at Charter Communications, whose bid represents most of the initial buildout, gave a presentation to the fiscal court meeting showing a map of the expansion areas. Those areas include a significant portion of southern and eastern Clark County, as well as coverage along VanMeter and Clintonville Roads.  “The rules of the auction require us to complete work by the end of 2026, but we plan finish sooner,” Keller said.

Out of 120 counties in Kentucky, Clark County received the 5th highest total investment.

“We continue to take action necessary to make Clark County attractive and to move boldly forward,” said Pace. “This is the first step in bringing coverage to every corner of the county and I am very excited to follow through on our plan.”