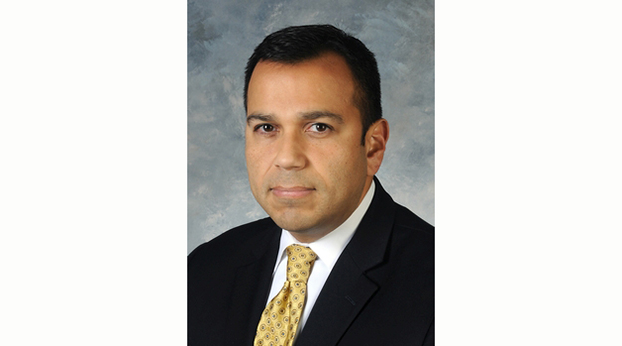 Nearly two months of the 2021 Interim are on the books. The Kentucky General Assembly remains focused on pressing issues as we prepare for our return during the 2022 Regular Session next January.

Recent focus has turned back to increasing rates of COVID-19 cases, most notably the “delta variant,” as the state has crossed back over the eight percent positivity rate. Forty-five percent of the state’s residents were vaccinated when I submitted this legislative update. As a physician, I encourage you to remain cautious and to choose to take the necessary measures to protect yourself and those you love.

While vaccinations are not foolproof, the data is clear. They have proven effective by substantially lessening the odds of catching or transmitting COVID-19 and significantly reducing symptoms in those who do contract it.  The fact remains that the risks of permanent medical complications or death from contracting COVID-19 is far higher than any side effect from receiving the vaccination.  If you have not yet received your vaccine, as a physician and a proud Kentuckian, I urge you to please schedule an appointment and get your vaccine as soon as possible. Scheduling appointments for your vaccination is quick and easy. Please visit vaccines.gov/search or kycovid19.ky.gov to find locations near you.

During the Health, Welfare, and Family Services meeting, lawmakers heard from representatives of the National Conference of State Legislatures (NCSL) about the Family First Prevention Services Act (FFPSA). In 2018, President Trump signed the bipartisan bill into law. The FFPSA is a monumental shift in the way we structure and fund child care by changing how states can spend Title IV-E funds. NCSL reports that the FFPSA will help curtail congregate or group care for children and instead place emphasis on family foster homes. States will be eligible for reimbursement for the prevention services of candidates in foster care. Qualified services can include skill-based programs, mental health services, and substance abuse prevention and treatment services.

In 2019, Kentucky was among the first states to submit a state plan during the previous gubernatorial administration. Kentucky’s plan has since been approved. Over the decades, physical and sexual abuse in America have decreased, but neglect cases have not reduced at the same rate. Kentucky sadly ranks No. 1 in abuse, and the impacts of the COVID-19 pandemic have only exacerbated the problem. The FFPSA will play a massive role in improving the safety of children in need.

In the IJC on Local Government meeting, we were joined by members of law enforcement for updates on the challenges they face. Committee testimony from guests called for attention to the staggering shortage of police officers. Our state and nation have endured a difficult past eighteen months. Tensions have been high, as bad actors in our streets have led to an increase in serious crimes. Meanwhile, our law enforcement personnel have recently endured excessive levels of criticism and even calls to defund departments.

No doubt there are bad apples in every group. The statement has been said several times, but it is accurate enough and is worth repeating. Nobody dislikes a lousy cop more than a good cop, and most of our cops are good. Consider the past legislative session’s bipartisan efforts in passing Senate Bill 80, making it easier to remove bad cops from our streets and strengthen law enforcement integrity. This bill had the support of law enforcement organizations like the Fraternal Order of Police and others. Our law enforcement officers deserve our support.

The IJC on State Government members were presented U.S. Census Bureau data and how it will impact the biennial redistricting requirement. According to data provided, Clark County’s population increased somewhere under 3 percent, Montgomery County’s increased between 3 and 9 percent, and Fayette County’s increased more than 9 percent.

The emphasis during this meeting was on Judicial redistricting, which has not been done in Kentucky since the 1890s. Supreme Court Chief Justice John D. Minton Jr. noted that at that time, Kentucky had just elected its first governor and the President of the United States was Grover Cleveland. Judicial redistricting is overdue, and redistricting efforts will assure Circuit and District Court Judges will be placed in areas of need.

In a recent meeting of the IJC on Transportation, testimony from a Kentucky Transportation Cabinet (KYTC) official detailed the challenge of meeting infrastructure needs. There are currently $2 billion in maintenance needs. The problem is the continuing inflation of maintenance costs along with decreasing road fund revenues. The General Assembly has prioritized precious taxpayer dollars, restoring $180 million to the road fund that has historically been diverted. A program called Strategic Highway Investment Formula for Tomorrow, also referred to as SHIFT, was initiated during the previous gubernatorial administration. It is a data-driven approach to prioritizing road fund dollars. The Senate had passed a bill to make SHIFT a statutory requirement, but it did not clear the other legislative chamber.

Other information gathered during IJC meetings includes an update on unemployment insurance (UI). The Governor’s administration has chosen to scrap its last 16-month effort to update the state’s unemployment system and restart bidding for a business to modernize it. Members of the legislature want to see relief for the thousands who continue to struggle to receive their UI claims. That is why the General Assembly allocated nearly $50 million to the executive branch for those upgrades. The Governor and his administration must consult with the legislature. We have stood willing to assist since the onset of the pandemic.

On a very local level, I want to take a moment to welcome Dr. Molly McComas as the new superintendent for Clark County Public Schools.  If given the opportunity, I would encourage you to make the effort to meet her and the members of the Clark County School Board as we all seek to create the best environment to educate our children.

Stay tuned for further legislative updates in the weeks ahead. We are diligently working to address the state’s most pressing issues, and lawmakers have already pre-filed several bills to address various concerns. The interim serves as a period to gather information and vet and debate public policy. You can watch live legislative coverage at ket.org/legislature or on the Legislative Research Commission’s YouTube Channel. You can keep up with legislation and committees by visiting legislature.ky.gov.

Senator Ralph Alvarado (R-Winchester) represents the 28th State Senate District including Clark and Montgomery Counties and the eastern portion of Fayette County. He serves as Chairman of the Senate Standing Committee on Health and Welfare. He is also a member of the Senate Standing Committees on State and Local Government, Banking and Insurance, and Budget Review Subcommittee on Human Resources. Additionally, he serves as a member of the Medicaid Oversight and Advisory Statutory Committee