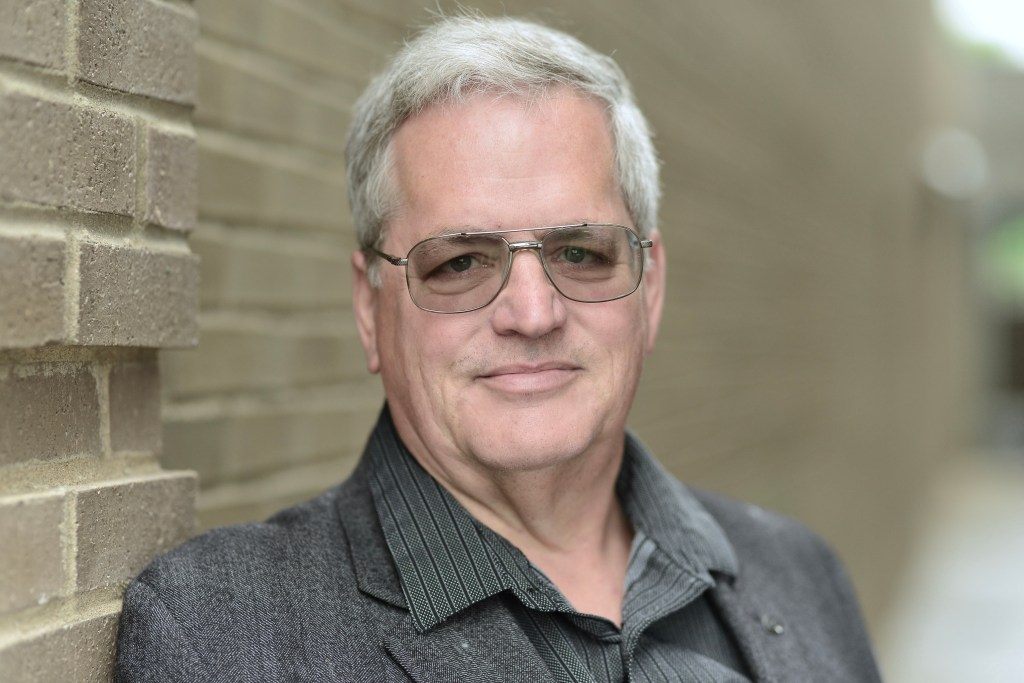 Bill McCann is a playwright and the author of the Arts Filled Life a blog that can be found at www.whmccann.com

As an arts columnist, it has been my honor to cover and discuss a wide range of arts topics and events in the past two and a half years. But none of them are as important to me personally as one that is coming up in Harrodsburg on August 7th at 7pm when my play, Boats Against the Current, will be given a staged reading and later discussed as part of Ragged Edge Community Theatre’s New Works Festival.

I am a playwright, a member of the Dramatists Guild, who has been involved in theatre in some capacity as actor, crew member, stage manager, director, or playwright since 1966. I’ve played leading roles, and moved set pieces and props around while dressed in black. But there is something truly amazing about seeing and hearing the words one has written performed by actors.

I’ve had several plays performed now, varying in length from 10-minute works to a one-act and one full-length, Boats Against the Current. The full-length play, begun in 2012 and first produced as a 10-minute play at the Kentucky State Fair, was polished in Somerset during a week in July 2018 when Flashback Theater workshopped it. For about five hours daily the play was read, acted out, and discussed by the actors and Flashback’s talented artistic director, Sommer Schoch.

Later on in the privacy of my room I’d rewrite scenes, add scenes, sometimes even the entire script. It was tiring but exciting work.

Finally, at the end of February 2019 for eight performances Boats Against the Current was given its world premier on Flashback’s stage. The set was spare: a couple of tiered platforms, some crates and five chairs that were moved on and off as required.

As the playwright, it was a marvelous thing to see, quite literally, a play I’d spent seven years working on come to life, given voice by talented actors.

Frankly, that is where most stories about new works end: with a first (and only) production. Boats was to have had a second production in the spring of 2020 at Spotlight Playhouse in Berea. That second production was canceled due to the Covid pandemic. I assumed that that would likely be the end of the road for Boats. It’s the tale of most new works because most theatres want to produce new works; and by ‘new’ they mean “never produced.”

Indeed, I’d come to believe that this would be my play’s fate as well. I had sent the script to more than 20 theatres in Kentucky and elsewhere. Spotlight did agree to produce it. But when that fell through there was no reason to believe that another theatre would pick up the ball.

Yet that is exactly what happened.  Allan Barlow, managing director of Ragged Edge Community Theatre in Harrodsburg contacted me by email to say that they wanted to include Boats in their New Works Festival this year. “We know it’s not strictly a new play since it has been produced. But it is a strong play about such an important topic that we’d like to include it in this year’s Festival.”

So Boats has been given a second life. My hope is that it may yet be produced in Berea. But now there is the very real possibility that someone else may like the play and want to produce it.

Boats Against the Current took seven years to make the leap from page to stage because it is a difficult story to tell. The main character, Harrisson Morris, has Alzheimer’s disease. Initially, the story was told from the perspective of his wife, Eleanor. Of course that meant that many times any laughs came at the expense of Harrisson; audiences didn’t like that, they stayed silent through early readings.

The breakthrough came when I created an imaginary character, Daisy, for Harrisson to deal with throughout the play. She was unseen, unknown to all the other characters except Harrisson who was relying on Daisy to help him cope with his failing memory.  And from the interactions of these two characters now arose humor which audience members did feel comfortable laughing at; they were not laughing at Harrisson but with him.

Now on August 7th at 7pm Boats Against the Current will be given a staged reading at the Ragged Edge Community Theatre at 111 Main Street, Harrodsburg. The play was carefully researched, written and rewritten numerous times. Yet, I still worry about experts in the fields of gerontology, mental health, and other experts including family members who may see the work.

While every person who experiences Alzheimer’s has a different experience, has a different view, does what is shown in this play seem realistic, plausible, and  enlightening? Come to Harrodsburg. See the staged reading and then stay to share your views with me. I’ll be listening. Later, I’ll likely be rewriting.

Bill McCann is a playwright and the author of the Arts Filled Life, a blog that can be found at www.whmccann.com, where you may also find some of his other writings and previous arts columns.