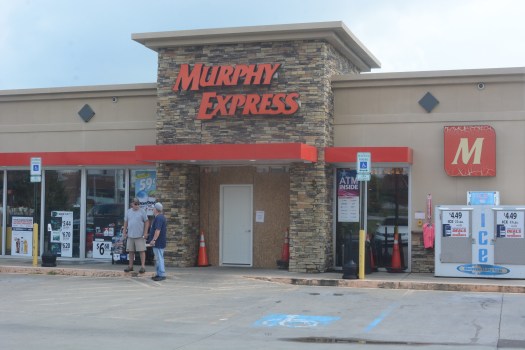 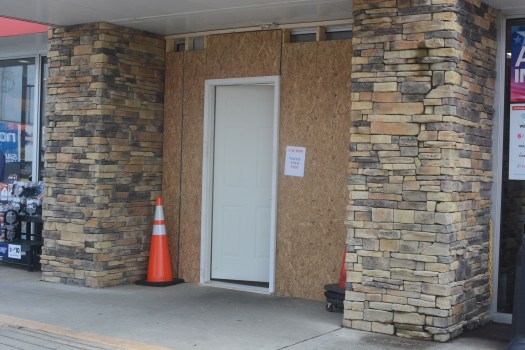 The enterance to the Murphy USA store has been boarded up with wood for the time being. The store remains open. – Photo by Dillan Combs 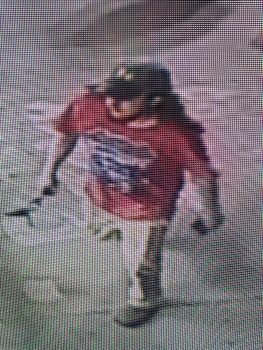 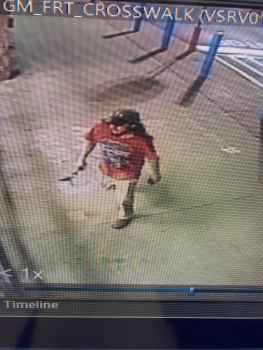 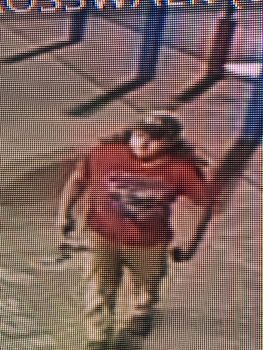 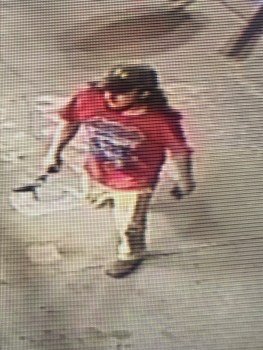 Capture of the suspect believed to have backed into Murphy USA. – Photo submitted

A suspect is still at large after plowing a truck through the entrance of a Winchester gas station early Wednesday morning.

According to a police report, at approximately 4:30 a.m. Wednesday, Murphy USA manager Donna Lykins arrived to open her store at 120 Codella, where she found the entranceway glass shattered.

Winchester police responded to the scene and found no one hiding inside the store, nor did it appear that anyone had entered. The report adds that Lykins retrieved footage from the gas station’s security cameras and discovered an unsettling series of events.

The report notes that, at approximately 1:47 a.m. that same morning, a gray 2006 extended cab Chevy Silverado stopped at the parking lot and drove around the store building. After exiting the vehicle and unsuccessfully attempting to open the front doors, the suspect returns to their vehicle, backs into and destroys the store’s entrance. It did not appear that the subject entered the store afterward. The suspect then drove off, turning right onto Codella, leaving the scene and traveling off-camera in an unknown direction.

The Silverado’s license plate has yet to be determined in the footage. The report says Lykins told officers that she will attempt to get a better description of the vehicle by viewing the footage at different camera angles. The Winchester Sun reached out to Lykins, however, she was unable to comment at this time.

Images of the suspect have been released to the public on evidence.com. The individual appears to be a white male wearing a dark-colored baseball cap, a red t-shirt, and khakis. According to Capt. James Hall, no suspects are under investigation at this time. Winchester police are asking for help identifying the suspect.