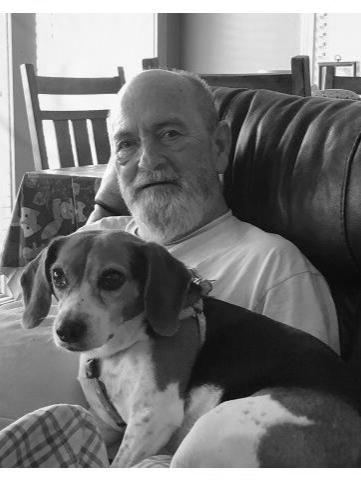 Owen Franklin “Frank” Yeager, 75, died on Monday, July 26, 2021 at his home in Burgin, Kentucky. Frank was born on May 31, 1946 in Richmond, Kentucky. The son of the late Joseph B. Yeager and Virginia P. Yeager, he grew up in Irvine where he attended Irvine High School. After a brief service in the United States Army, Frank enjoyed surveying land for several years, a period of time he enjoyed reflecting on, before starting work at Rockwell in Winchester in 1968. He lived in Winchester from 1978 to 1992 before transferring to Meritor (Rockwell) in Oshkosh, Wisconsin where he lived and worked until retiring in 1998. He enjoyed boating on the waters of Lake Winnebago during his years in Oshkosh.

Upon retirement he returned to Winchester for more than a decade where his sons enjoyed visiting him in the town where they grew up with him. In 2013 he moved to his final residence in Burgin where he enjoyed a breathtaking view overlooking Herrington Lake and the beautiful farmland surrounding it. He spent many hours in his last years enjoying the natural wonders of this scene and observing the joy of the recreational boaters and fishermen with his beloved dog, Sissy, and cat, Fatty Kat. He was a lifelong golf enthusiast and fan of the Cincinnati Reds and Green Bay Packers, and one of the world’s most devoted TV watchers and coffee drinkers.

“Dad”/”Grandpa” had a deep bond with his animals. It is comforting to know he is once again with his beloved dogs Sissy and Bullet. Pursuant to his wishes, his ashes will be combined with those of Sissy (pictured with him) and scattered overlooking the scene they enjoyed during so much time together. There will be no public services. A later private memorial for family will be announced.

Frank was preceded in death by his loving parents and his brothers Joseph Patrick Yeager and Thomas Bennett Yeager.

Frank is also survived by his sister Mary Anne Schmitz, of Loveland, Ohio, who he loved so much, and a person who was very special in his life, Sue Taulbee of Winchester.

Frank loved his family and friends. His passing leaves a hole we cannot fill, but his love and thoughtful ways will always be carried in our hearts. He lived life on his own terms and always wanted the best for everyone. Dad, we loved you beyond words. We’ll see you again.

Reppert Funeral Home and Cremation Service entrusted with arrangements. Leave condolences for the family, share a memory, light a memorial candle or plant a tree in Frank’s memory at www.reppertfuneralhome.com