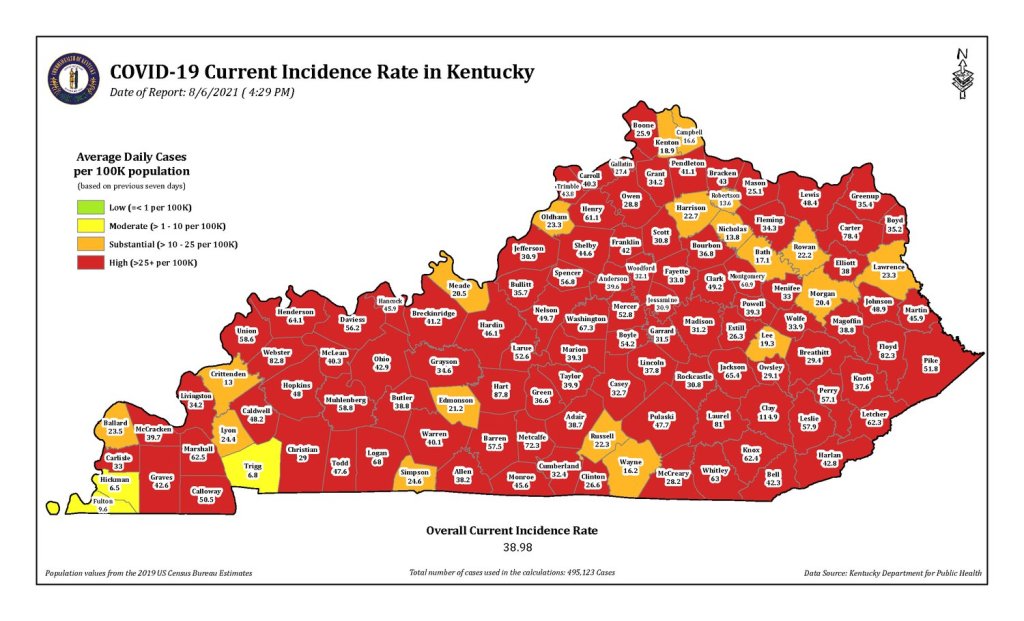 FRANKFORT, Ky. – Friday saw another large number of new COVID-19 cases in Kentucky, thanks largely to the delta variant. At the current pace, the pandemic total could reach 500,000 in a couple of days.

There were 2,612 new cases reported to state public health officials, which brings the number of confirmed cases in the state to 495,132 since the first one was reported on March 6, 2020.

One month ago were no red zone counties.

There were also six new deaths reported on Friday, raising the number of Kentuckians lost to COVID-19 to 7,372.

During a Thursday press conference, Gov. Andy Beshear stopped short of saying whether he would reinstitute a mask mandate or capacity limits at businesses, such as restaurants and bars.  However, he said nothing is completely off the table if the spike continues.

Beshear saluted 11 healthcare companies for implementing mandatory vaccination for their employees while exempting those who have a medical condition or object to vaccination on religious grounds.