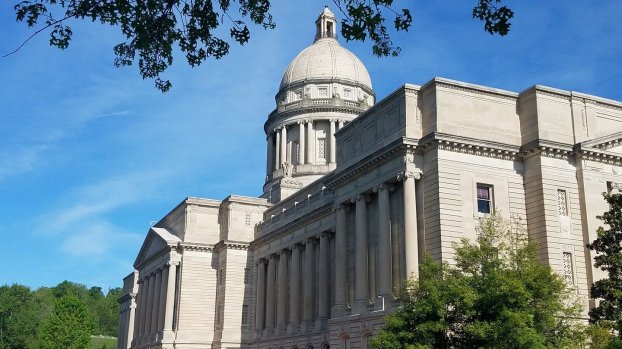 Fancy Farm will continue, but Republicans will target each other

The 141st annual Fancy Farm had a different feel, fewer people, bruising jabs, great BBQ, but the political picnic proved one thing – it will go on, even if Democrats don’t attend.

In an age of Twitter feuds, massive television advertising buys, and mass media the annual pilgrimage to far West Kentucky is a chance to get back to our roots and watch politicians truly say it to their opponent’s face. This year, that meant Republicans occasionally zinging other Republicans, and lots of trash-talking against Democratic Gov. Andy Beshear.

Republicans strategically showed the pavilion in front of the stage half-empty offering contrast the GOP was there, but Democrats abandoned the annual ritual. Lots of the speeches from the stage tried to drive home that point, but for me what became clear was something else entirely, going forward it won’t be Democrats, but factionalized Republicans that fill the arena – even if the Democrats attend again.

Kentucky is a Red state, even if there’s a Democrat occupying the governor’s mansion. The numbers, especially in West Kentucky show Democratic registration has steadily declined, leaving the area that once was a Democratic stronghold now solidly in the hands of the Republicans. Many Republicans in the state were once Democrats, and they’re still in favor of a large government that offers service and protection to the largely rural, often impoverished citizens. At least for now.

The GOP factionalized contrast was clear this year too, at least to me, as a horde of light-blue shirts and seats filled the front quarter of the pavilion, all in support of Congressman James Comer, R-Tompkinsville. Comer was the only GOP politician to bring supporters to the event, and they were hyped for their man, but really no one else. From the stage, the point was also clear, as Comer, the former 2015 candidate for governor, took shots at other Republicans.

“There are two names that I think everyone in Kentucky is going to be hearing a lot about all across Kentucky in 2023, and those are Ambassador Kelly Craft, and my very good friend state Sen. Max Wise from Campbellsville,” Comer said.

The line also fits a rumor going around, Comer is all in for former Ambassador Kelly Craft in the race for governor. Craft appeared at a fundraiser for Comer held by U.S. Sen. Mitch McConnell in Louisville last month at the RunSwitch Headquarters. Behind the scenes, it’s Runswitch co-founder Scott Jennings, an ally of McConnell, who has been helping Craft on her shadow campaign.

Craft is a major donor to McConnell, which is how she was appointed Ambassador to Canada and later to the United Nations. Craft and her husband Joe Craft’s donations to President Trump also helped with the later appointment. McConnell will need to keep Craft happy to keep the money train flowing.

Rumor is that Craft will dump $10 million into a race for governor in 2023.

After the speeches at Fancy Farm, I asked Sen. Max Wise, R-Campbellsville, about the line from Comer and what it meant.

“Jamie’s a good friend of mine, I appreciate him making those comments, I was taken off guard, but at the same time, I’m humbled by him saying that,” Wise said.

When asked if he was considering a run in 2023, Wise said “I’d be interested to see if any opportunities present themselves. I’d probably be one to look and see how the field unfolds to see what’s out there.”

A change in state statute means that for the first time since the ’90s candidates in the primary will not have to select their running mate for Lt. Governor, so Comer could be signaling his preference for Wise to end up on a ticket with Craft if she can win or buy the GOP nomination.

Comer also took a shot from the stage, though it was from Emcee Bob Babbage.

“After we redistrict and they put Frankfort in the 1st District, then we’ll have Comer signs up in central Kentucky, it’ll be great,” Babbage said. The Joke didn’t land with the Comer-centric crowd.

The Republican Congressman owns a home in Frankfort, which is likely the inside baseball of the joke. It’s doubtful other Republicans will exploit the geographic disparity, not that it would likely matter in the district. Comer is beloved in west Kentucky and on track to be a powerful chairman in Congress if Republicans take the House in 2022.

Republican Secretary of State Michael Adams also split his remarks into a roast format, taking aim at Beshear and his fellow Republicans equally. The remarks were meant for laughs, instead of the snub offered by Comer.

“We’ve also got Ryan Quarles here, who’s considering a run himself,” Adams continued. “Ryan has a clear advantage with name recognition – no Kentucky candidate has ever been the subject of so many Taylor Swift songs.

With more and more Kentuckians registering Republican, it’s likely the attacks will be even sharper in years to come as governors, and other statewide candidates are elected in Republican primary contests. There will always be red meat to offer the partisan crowds, but I’d predict the hardest hitting blows to come at future Fancy Farm picnics will be aimed by Republicans at candidates and factions within the Republican Party.

Nick Storm is a veteran Kentucky political reporter and the founder of Kentucky Fried Politics. Read more at www.kentuckyfried.com.

After a Covid-induced hiatus, Winchester’s own Daniel Boone Pioneer Festival will return to downtown Winchester this year for its 42nd... read more