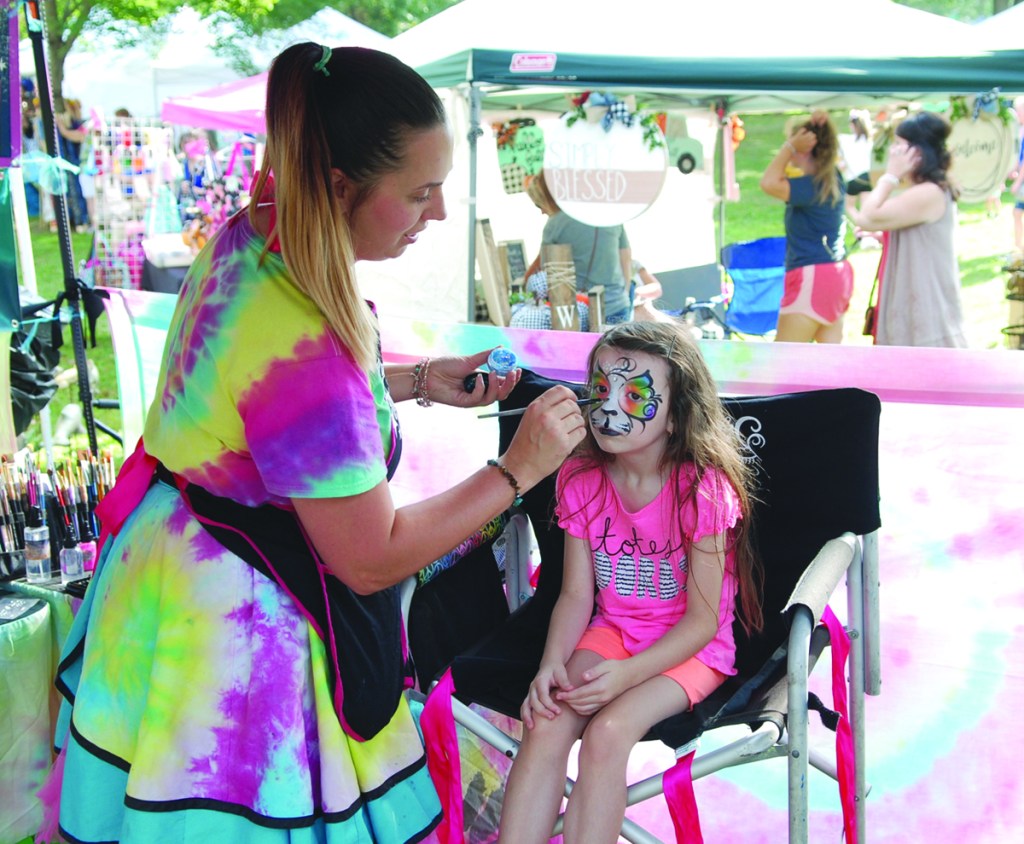 Rhyleigh Deaton sits really still while her face is painted at the Daniel Boone Pioneer Festival in 2019. The 2020 festival has been canceled because of the coronavirus pandemic. (Photo by Fred Petke)

After a Covid-induced hiatus, Winchester’s own Daniel Boone Pioneer Festival will return to downtown Winchester this year for its 42nd year.

“We just outgrew our space at College Park,” said Erika O’Brien, a coordinator for the festival. “We’re trying to draw a lot of attention to our downtown and improve downtown, so we thought this was a good time to relocate the festival.”

O’Brien said Main Street will be closed from Washington all the way down to the Bluegrass Heritage Museum.”

The Daniel Boone Pioneer Festival was founded in 1978 by the Winchester Art Guild as a way for local artisans to display and sell their crafts. Initially, the event took place on the courthouse steps, but the festival grew and thousands began attending. By the 1980s, the event was moved to College Park, where it stayed until 2019.

“The festival has always been great for tourism,” said Kitty Strode, a festival coordinator. “We’ve had at least 30,000 people show up each year. It generates around 2-million dollars for our local businesses.”

Both days will include arts and crafts vendors, concessions, live music, a petting zoo and inflatables.

Saturday’s events will include the George Rogers Clark 5K, honoring the late local runner David Borden, from 8 to 9:30 a.m.; a talent show at 12:30 p.m., (pre-registration at 11 a.m.); and a street dance with a musical performance by The Torques from 6 to 9 p.m. Sunday will open with a community church service at the courthouse steps from 8 to 9 a.m.

Shuttle services will be offered, with handicap-accessible buses picking up and dropping off visitors at George Rogers Clark High School.

Admission for the Daniel Boone Pioneer Festival is free. The 5K run will have an admission price of $25. To sign up for the run, apply as a vendor or nonprofit, or to volunteer, visit the festival’s website at danielboonepioneerfestival.com.