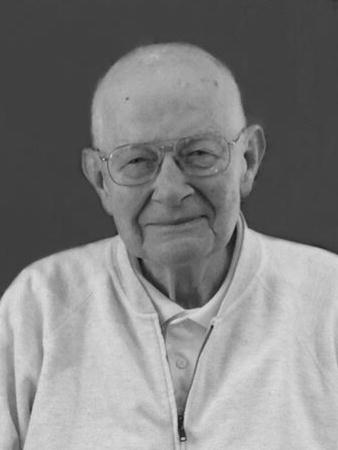 Donald Richard Norris, 92, passed away surrounded by loved ones after a lengthy battle with cancer on December 20, 2019 in Oklahoma City, Oklahoma. He was born on April 7, 1927 in Lucas County, Iowa, to Clifford and Ruth (Clay) Norris. He was the oldest of seven children. He attended schools in New Virginia, Iowa and went on to receive a degree in electrical engineering from Iowa State College (now Iowa State University) in 1949. He married Evelyn Stills on August 22, 1947. After graduation he worked as an engineer for Brown Engineering in Des Moines and Green County REC in Jefferson, Iowa, General Manager of Eastern Light and Power Cooperative in Wilton, Iowa, and President and General Manager of East Kentucky Power in Winchester, Kentucky. He retired in 1994. Following retirement he and Evelyn lived in Winchester, Kentucky, Plano, Texas and Oklahoma City, Oklahoma. He was an avid golfer achieving one hole-in-one for which he was very proud. He was very devoted to his family and was a friend to all he met. He planned numerous family reunions including immediate and extended family members. Following retirement he researched and compiled genealogical data for both his and Evelyn’s family. These investigations lead to a great deal of travel, visiting cemeteries and court house records to gather information for his project. During his working career he served on numerous boards and committees related to the National Rural Electric Cooperative Association. He served as President for the National Rural Utilities Cooperative Finance Corporation. He was interviewed on one occasion by the late radio show personality Paul Harvey to get “The rest of the story.” Also, during his career he was summoned, along with several other cooperative managers, to the White House for a meeting with President Jimmy Carter about the energy crisis. He was a lifelong United Methodist having held many positions of leadership in the church. He was a proud World War II veteran serving in the army during the occupation of Germany and attended the Nuremberg Trials. Donald is survived by 3 daughters: Sherry (Claude) Husbands, Oklahoma City, OK; Dianne (Gary) Richardson, Indianola, IA; Karen Norris, Effingham, IL. There are 6 grandchildren: Lisa (Chad) Beleele, Edmond, OK, Jennifer (Luke) Seibert, Watson, IL; Michael (Sara) Richardson, Indianola, IA; Jay Husbands, Oklahoma City, OK; Ann Bicknese, Champaign, IL; and Mary (Brady) Yeoman, Grimes, IA. There are 12 great-grandchildren and 1 step great-grandchild.