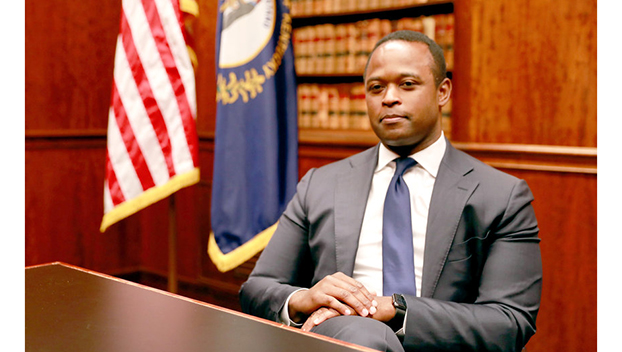 FRANKFORT, Ky. – Gov. Andy Beshear’s powers to issue executive orders related to the COVID-19 pandemic were once again the subject of filings with the Kentucky Supreme Court on Wednesday, this time involving the school mask mandate he issued on Tuesday.

“We are now in an alarming place,” Beshear told a Capitol press conference on Tuesday.  “I am signing an executive order that requires that all individuals, teachers, staff, students and visitors, in K-12 schools, childcare and pre-K, wear a mask.  This is how we make sure that we protect our children, but this is also how we make sure that they stay in school.”

Beshear’s legal counsel says the action was taken consistent with the recommendations of the CDC, due to the delta variant.  “While vaccines work to prevent COVID-19, vaccines remain unavailable for approximately 661,500 Kentucky children ages 11 and under, and fewer than 34% of all eligible Kentucky children between ages 12 and 17 have received their first dose of a vaccine. Nearly four times as many Kentuckians ages 18 and under tested positive for COVID-19 in July (4,165) than in June (1,197).”

In a response to the filing, Kentucky Attorney General Daniel Cameron referred the justices to a Boone Circuit Court case involving the governor’s executive order, filed on behalf of a local restaurant, where the judge issued a permanent injunction, prohibiting the governor from violating four pieces of legislation passed by the 2021 General Assembly that limits his executive order powers. That injunction has not been dissolved by either the state Court of Appeals or the Supreme Court.

Those bills were the subject of a case heard by the high court in June, upon which they have not yet issued a decision.  The next Rendition Day, when the justices issue their rulings, is Aug. 26.

“The General Assembly could not have been any clearer: the governor cannot unilaterally issue executive orders under KRS Chapter 39A, including a mask mandate,” Cameron’s office said in the eight-page filing.

“The governor does not have to choose between following the science and following the law,” Cameron said. “The two can and should work together. If he believes that the science requires a statewide mask mandate for schools and childcare centers, then he needs to do what the law requires and work with the General Assembly to put the necessary health precautions in place.”

There are exceptions to the executive order on masking for both children and adults, which include:

• Children who are under age two.

• Any person who is asleep, unconscious, or cannot remove the mask on their own.

• A person with disability, or a physical or mental impairment that prevents them from wearing a mask.

• Anyone who is deaf or hard of hearing and actively communicating, or someone communicating with them, who can maintain six feet of distance with those not of their household.

• Those in a job where state or federal regulations say a mask would be a health or safety risk.

• Anyone seated and actively consuming food or beverages.

• Anyone obtaining a service requiring temporary removal to perform the service.

• Anyone requiring the temporary removal of a mask to confirm their identity for security or screening purposes.

• Anyone giving a speech or broadcast to an audience where they can maintain six feet of distance.

• A person in a swimming pool or other indoor body of water.

• Anyone actively engaging in exercise while indoors.

• Someone engaged in a lawful activity where federal or state law prohibits wearing a face covering.

The “Clear the Creeks” stream clean-up event at the intersection of Barnes Drive and Main Street has been pushed back... read more