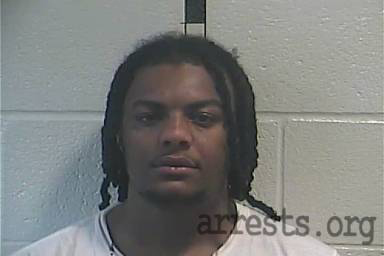 Jaquan Johnson, the reported owned of the 2016 Hyundai involved in Tuesday night's pursuit. He remains a person of interest in the case. (Photo submitted)

A police pursuit made its way through Winchester Tuesday evening. The person of interest involved in the pursuit, Jaquan Johnson of Lexington, is still at large.

After observing a 2016 Hyundai driving recklessly in Paris, police attempted a traffic stop. The vehicle reportedly sped off, and not long after, managed to escape an attempt by police to box the suspect within the city. The driver sped onto the route directly connecting Winchester Road to Paris, initiating a pursuit.

“During the chase, the Hyundai nearly struck several vehicles, including a police vehicle,” said Paris Detective Earl Hatter, adding that Paris law enforcement quickly notified Winchester Police that the suspect was heading toward the city. At around 8 p.m., Winchester officers set a spike strips on US 627 northbound near the city limits.

The Hyundai managed to avoid the trap aand elude police. The abandoned 2016 Hyundai was later located between Fulton and Market Street, having rolled into shrubbery. Witnesses say the driver was picked up by another vehicle that was waiting nearby.

According to Hatter, the driver of the vehicle has yet to be located. Johnson remains a person of interest.