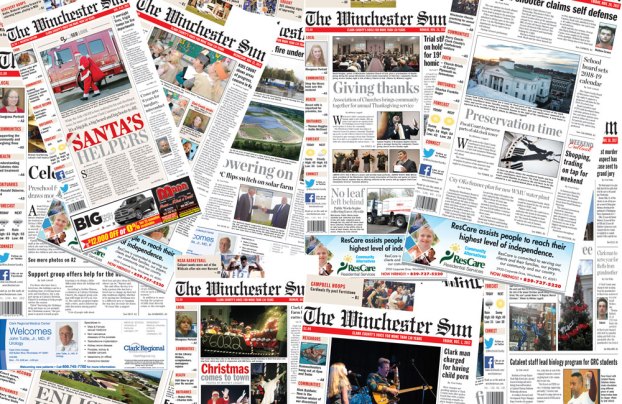 Readers answer the call in support of hometown newspaper

Back in March when COVID-19 began battering the economy, including small businesses like this newspaper, many of you asked how you could help your hometown newspaper weather the crisis.

Atop our list was a simple request: Subscribe, especially online, where readership had been increasing but subscriptions had not. Giving away our content online, with no subscription revenue to help compensate our journalists who keep the community informed, was simply unsustainable as we headed into a period of unprecedented disruption in advertising revenue, historically our lifeblood.

Nearly six months later, many of you have responded. We have seen more new digital subscribers each month, and that bodes well for community journalism during a time when many newspapers across the country are throwing in the towel, unable to find a way forward.

The combination of digital subscription growth; strategic expense reduction, especially reduced frequency of print publication; funding from a Paycheck Protection Program loan; and loyal employees who work tirelessly on behalf of the newspaper and a community they love has helped us navigate the crisis to date.

We ask that you keep subscribing, and encourage your friends and family to do the same. There’s a new way to help that will both lighten your taxload and support community newspapers. Call your U.S. representative and senators and ask them to support bipartisan legislation called the Local Journalism Sustainability Act, which, at this writing, had 29 cosponsors on both sides of the aisle during an era when Republicans and Democrats can’t agree on much of anything.

HR 7640 is a series of three tax credits aimed at sustaining the local news business in the years to come. The credits are as follows:

• A five-year refundable credit for local newspapers like ours to employ and adequately compensate journalists.

• A five-year non-refundable tax credit that would incentivize small- to medium-sized businesses to advertise with local newspapers, as well as local radio and television stations. The credit would cover up to $5,000 of advertising costs in the first year and $2,500 in the subsequent four years.

Taken together, these credits would help sustain our newspaper and thousands of others through the COVID-19 crisis and beyond.

A little jazz, and some thoughts on getting involved in community theatre

Lexus Jazz Fest The mellow sounds of jazz will be floating in the air at the Kentucky Horse Park... read more