Pedal power: Kentucky has U.S. routes for bicycles, too 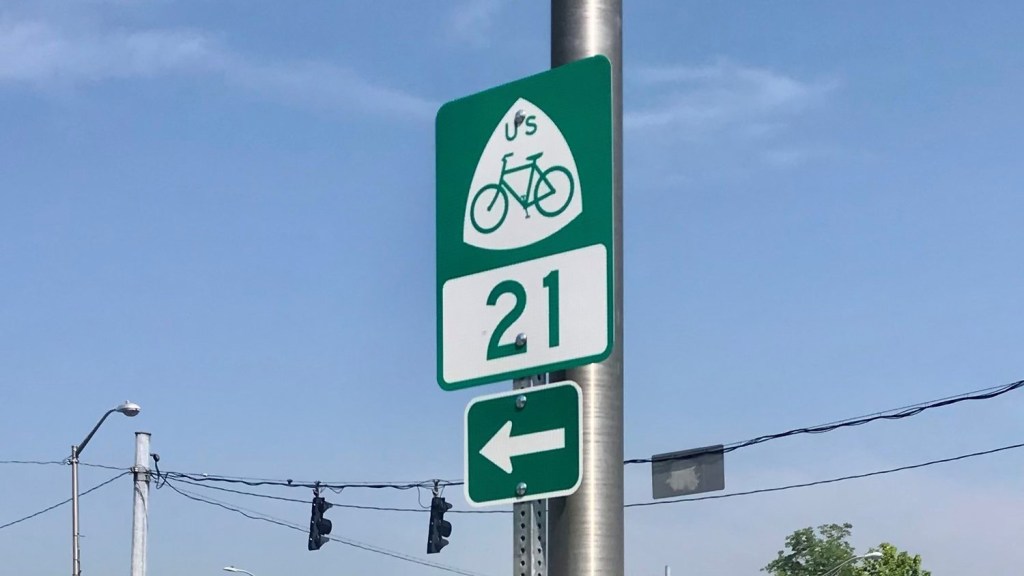 FRANKFORT, Ky. – Many are likely familiar with the Interstate Highway System, U.S. highways and state routes, but may not be aware that there is also a U.S. Bicycle Route System, three of which now cross Kentucky.

The newest is designated USBR 21 and will eventually run from Cleveland, Ohio, to Atlanta, Georgia. With funding help from the Kentucky Transportation Cabinet, signs are currently being erected along the route, also known as the Daniel Boone Bike Route, which enters Kentucky at the Cumberland Gap and extends north 265 miles to the southside of the Ohio River in Maysville.

Kentucky is now ranked as one of the top five states with the most miles on the U.S. Bicycle Route System, according to Transportation Cabinet Secretary Jim Gray.

“By partnering with community members, the cabinet has earned designation for U.S. Bike Routes 21 and 23, creating new north-south connections with its neighboring states,” he said. “When we grow the U.S.  Bicycle Route System, we’re giving residents and tourists alike greater access to alternate modes of transportation. As a recreational cyclist, these new markings are truly signs of progress, and there’s still the opportunity to do more to elevate our bike and pedestrian network.”

With the official designation of two new U.S. Bicycle Routes, Kentucky now has 1,000 miles of connected bicycle-friendly roads. USBR 23 connects the Cave Region of Kentucky from USBR 76 to the Tennessee border. The 109-mile route travels through the small towns and historic sites of southwestern Kentucky and connects to Mammoth Cave National Park.

Both new routes connect to USBR 76, “The TransAmerica Bike Route,” which was originally designated in 1982 and has been updated several times since, providing cyclists with multiple connected 500-mile or greater route options across the state of Kentucky from rural Crittenden County at the Ohio River to Elkhorn City in mountainous Pike County. All routes were designed to take advantage of low-traffic roads, allowing for a scenic and comfortable cross-state ride.

The two new routes bring the total mileage of the USBRS to 14,000.

Free digital maps for all designated U.S. Bicycle Routes, including USBR 21, 23 and 76 in Kentucky, are available here through a partnership with Ride with GPS.